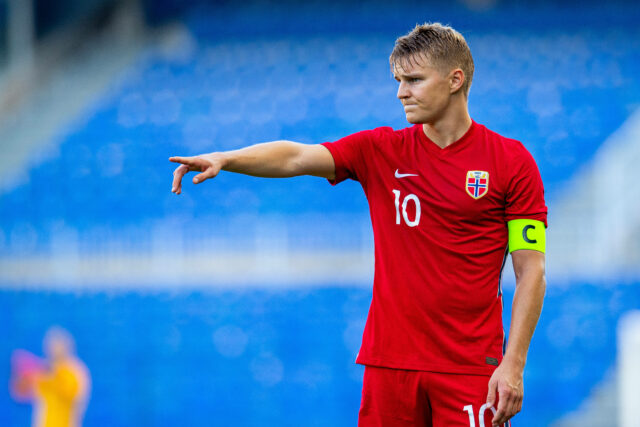 Arsenal have reached an agreement to sign Martin Odegaard from Real Madrid this summer, according to The Telegraph.

The Gunners have been looking to bolster their attacking midfield areas throughout the summer and are now close to signing the 22-year-old who impressed on loan last term.

Arsenal will pay an initial fee of around £30 million for Odegaard, who became a key player for Mikel Arteta’s side in the second half of the campaign.

Madrid were initially unwilling to sell the player, but it seems Arsenal have finally secured a deal for the Norwegian.

However, Arsenal will need to register him before Friday if he is to take part in the weekend fixture against London rivals Chelsea.

It is unlikely Odegaard will play, as there is plenty of paperwork and the finer details still to be sorted out.

Odegaard will be a fantastic addition for the Gunners, who lost their opening Premier League game away to Brentford.

He will become Arsenal’s fourth signing of the summer following the arrivals of Ben White, Albert Sambi Lokonga and Nuno Tavares.

The Gunners are also looking to bolster their goalkeeping department and have been linked with a move for Sheffield United’s Aaron Ramsdale.

Arsenal could still be looking to add more players following the £22m sale of Joe Willock to Newcastle United.

Several fringe players at the club – Hector Bellerin, Sead Kolasinac, Willian, Lucas Torreira, Ainsley Maitland-Niles and Reiss Nelson – could all leave before the end of the month.