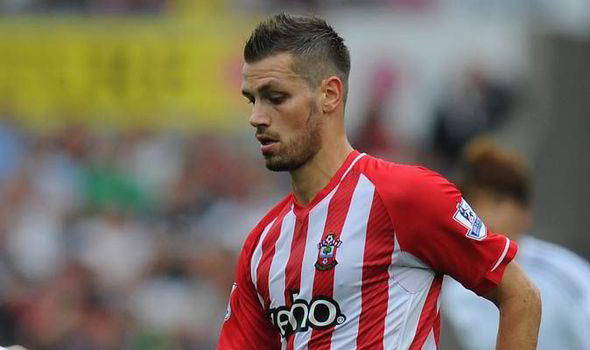 The Saints player has been one of the standout performers of 2014-15 season and has been very vital in their initial start to the last campaign. He wanted to leave St Mary’s Stadium last summer, but Southampton managed to retain the French midfielder.

Schneiderlin’s form has seen him attract interest from Arsenal, while Manchester United have recently joined the race. In addition to this, Louis van Gaal has identified Cech as a replacement for David De Gea, if the Spaniard joins Real Madrid.

Chelsea keeper has see his appearances being limited since Thibaut Courtois returned from loan last summer. Cech’s agent has already admitted that he can play for big clubs like Arsenal and United after confirming the Blues owner Roman Abramovich will decide his future.

Wenger has already admitted that the Gunners will not spend big in summer. Smith believes Cech and Schneiderlin will not cost much and the duo could be a bargain buys.

“You could buy Petr Cech for £10m, which isn’t big in terms of the fee,” Smith told Sky Sports.

“You can buy players that can make a difference, like Morgan Schneiderlin, who is available for £25m. That’s not a big fee for Arsenal these days, when you look at how much they paid for Alexis Sanchez and Mesut Ozil.

“I think he is trying to dip into the transfer market but it’s the positions that he is going to try and recruit that will be interesting,” he added.

A move for Cech to the Emirates will see Wenger allow Wojciech Szczęsny to leave the club, especially with David Ospina’s form. Schneiderlin signing will further bolster their midfield and with these two signings, Arsenal can challenge Chelsea for the Premier League title next season.