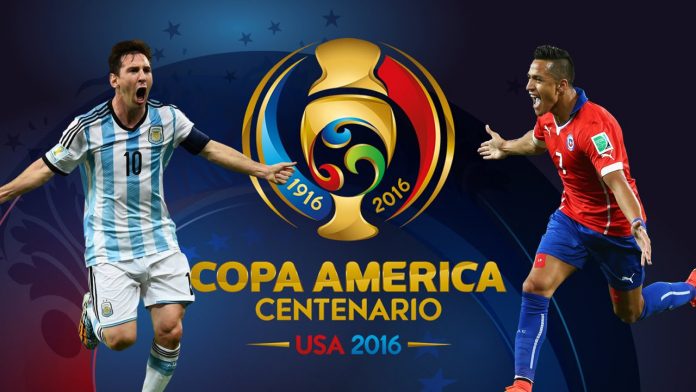 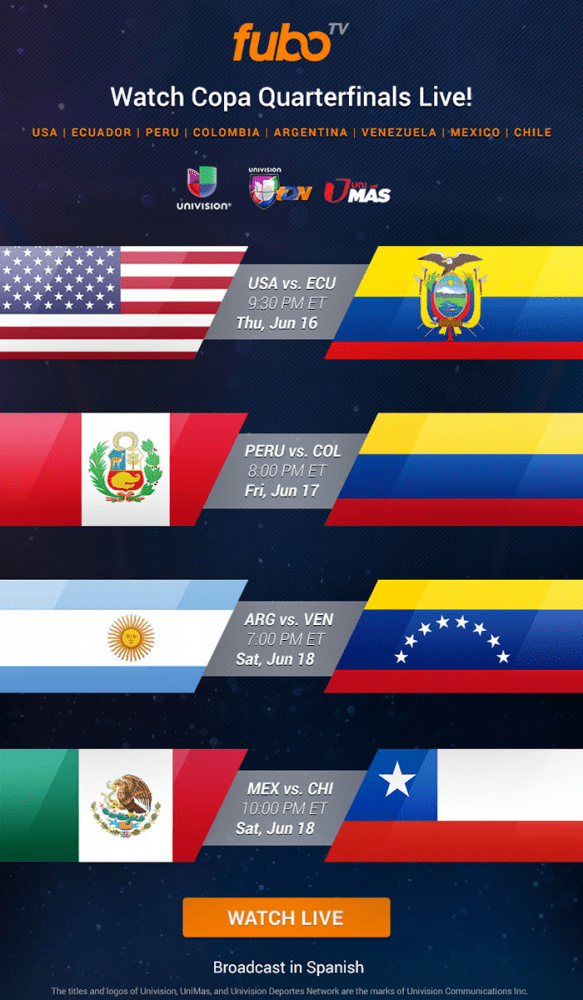 Around this time last year, Chile stunned everyone by beating Argentina in the Copa America final on penalties to lift the trophy for the first time in their history. The world #1 and #5 teams will meet again in the Copa America Centenario final on Sunday evening. It seems very little has changed in the landscape of South American football.

Gerardo Martino’s side have won all their matches in Copa 2016 and are overwhelming favourites to win the final. Argentina have already faced Chile in their opening group stage game, where they won 2-1, with goals coming from Angel di Maria and Ever Banega for La Albiceleste.

The best thing about this Argentine squad is that they are not over-reliant on Lionel Messi. The Barcelona star didn’t start in any of the group games, and yet Argentina hardly faced any difficulties in picking up victories. However, with Messi around, Argentina look simply unstoppable. The little maestro has asserted his status of being one of the all-time greats, with a five-goal, four-assist performance in the Copa America, including a sensational free-kick against the United States.

The four-times Ballon d’Or winner has become the all-time leading goalscorer for his country beating Gabriel Batistuta’s record of a 54-goal tally. He is also the record goalscorer for his club, and the only thing missing from his trophy cabinet is a silverware with his country. He came close to winning the World Cup and the Copa America in 2014 and 2015 but fell at the final hurdle. As he celebrates his 29th birthday, Messi can win the 29th major trophy of his career, should Argentina beat Chile on Sunday.

Chile, on the other hand, have gone strength to strength as the tournament progressed. Alexis Sanchez has found his goal scoring form again and his energy and creativity have made a huge difference. Likewise, Hoffenheim striker Eduardo Vargas has been in outstanding form as well, scoring six goals so far in the tournament.

Having said that, Chile’s best chance of beating Argentina is taking them to the penalty shootouts. They will be boosted by the return of Bayern Munich midfielder Arturo Vidal, who was suspended for their semifinal win over Colombia. Vidal will return fresh and his energy in the middle will be vital in stopping Messi from dominating the game.

Argentina have few injury issues to worry about. Di Maria’s participation in the final is in serious doubt. He picked up a muscle injury against Panama in the group stages and missed Argentina’s 4-0 victory over the US in the semi-final.

Likewise, Ezequiel Lavezzi is out of the final after suffering a broken elbow in a tumble over the advertising board against the US. Midfielder Augusto Fernandez, Manchester United defender Marcos Rojo, PSG star Javier Pastore and Atletico’s new boy Nicolas Gaitan are all doubtful for this game.

Gonzalo Higuain, the £85m reported Manchester United target, is likely to start as a lone forward, while Messi and either of Gaitan or Lamela to start to support him.