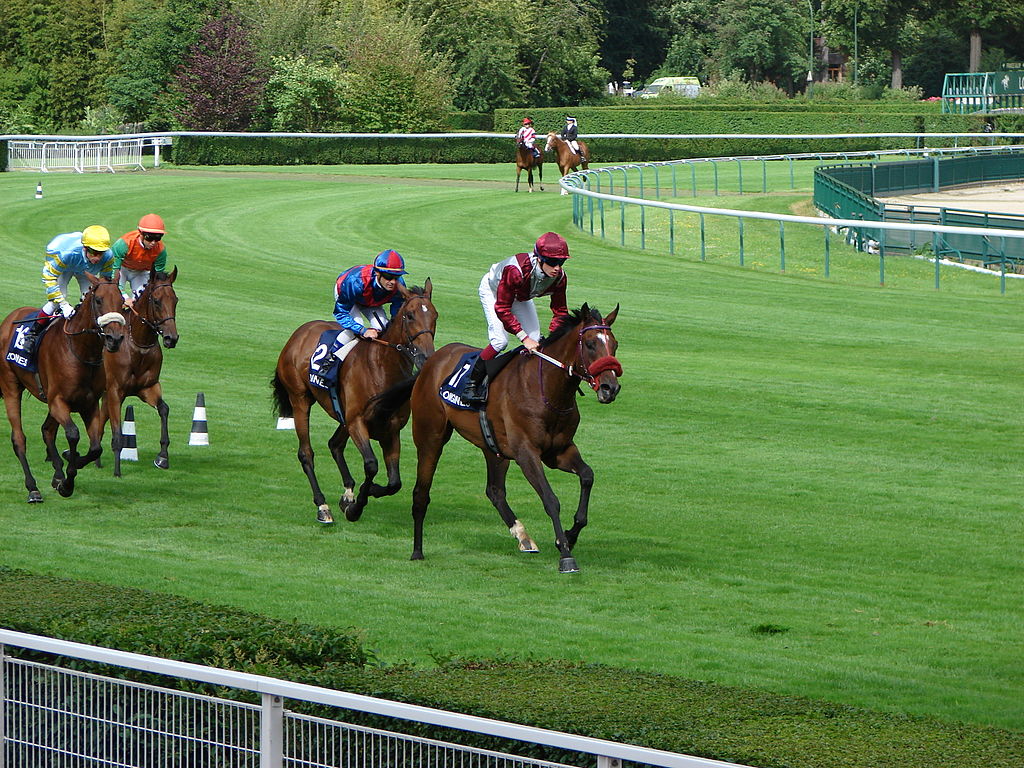 More Arc betting tips for you now with Sunday’s supporting card at Longchamp in focus. The Prix de l’Arc de Triomphe is the main event but what about other races such as the Prix de l’Opera Longines, Prix de l’Abbaye and Prix de la Foret taking place in Paris?

Arc day has a glittering card with tons of Group 1 action for punters. This excellent day of horse racing from France, including Europe’s richest race, has it all. Check out the SportsLens tipsters’ choices below:

In the opening 1m Group 1 Prix Marcel Boussac for juvenile fillies, the unbeaten Raclette takes a big step up in grade. Her maiden success at Deauville has thrown up plenty of subsequent winners but the same can’t be said of her follow-up victory at Chantilly. It may be worth opposing this short-price favourite with something.

Irish raider Agartha now looks on the exposed side after a long campaign. The most interesting runner is Prix du Calvados runner-up FLEUR D’IRIS, who caught the eye on that outing. She has since won a Group 3 over course and distance easing down easily. Both the Godolphin filly trained by Andre Fabre and her stable companion Zellie make the shortlist here. Fleur D’Iris is 11/2 with William Hill to follow-up.

The colts’ equivalent of the Boussac is the 7f Group 1 Prix Jean-Luc Lagardere. This year’s renewal looks pretty trappy. British runner Ebro River, third in the Vincent O’Brien National Stakes at the Curragh last time out, heads the overnight betting but has had a long campaign. Ancient Rome represents Coolmore connections and Fabre, but the way he ran on strongly over 1m when completing his hat-trick last time out suggests he may want further. The Criterium races at Saint-Cloud later this autumn should suit better.

Glorious Goodwood Vintage Stakes scorer Angel Bleu comes to Longchamp off the back of a late summer and early autumn break. He may go well under Frankie Dettori. There was lots to like about the way ACCAKABA toughed things out when completing a four-timer in the Calvados. The runner-up has since come out and won over further, so that advertises the form nicely. That winning sequence Accakaba racked up despite the pressure from Fleur D’Iris last time out makes him an attractive bet at 9/2 with Bet365 here.

Bet on Accakaba with Betfred

The Group 1 action keeps on coming after the Arc with the 1m 2f Prix de l’Opera for fillies and mares straight after. Last year’s third Audarya heads the early betting but hasn’t won in Europe since her 48/1 shock in the Prix Jean Romanet at Deauville last summer. James Fanshawe’s charge ran well below what she’s capable of in the Nassau Stakes during Glorious Goodwood. A narrow defeat defending her Romanet crown by fellow five-year-old and re-opposing Grand Glory doesn’t look good either.

On her Prix de Diane success, JOAN OF ARC has the beating of a number of three-year-olds here. Aidan O’Brien won the Opera four years ago, so knows what is required. Joan Of Arc clearly didn’t stay further in the Prix Vermeille last time out. She is better than that and rates a nominal selection at 9/1 with Parimatch to bounce back. Many others have bits of form that could be enough to win this tricky but absorbing contest.

Back Joan Of Arc at Parimatch

Sprinters take to the Paris turf for the 5f Group 1 Prix de l’Abbaye de Longchamp. Suesa is favourite for the home team after an impressive win in the King George Qatar Stakes at Glorious Goodwood in the grade below. There were also excuses for Francois Rohaut’s three-year-old filly. Shaping nicely behind her on a belated reappearance was GLASS SLIPPERS, however, whose course and distance form figures make her an attractive alternative.

Kevin Ryan’s five-year-old mare has two wins, including in this two years ago, and a second in three Longchamp outings. Glass Slippers has since ran a close-up third in the Flying Five at the Curragh behind re-opposing rival Romantic Proposal. Winter Power won the Nunthorpe Stakes at York, but isn’t so good on longer trips away and there were excuses for Suesa that day back in fourth. Glass Slippers thus looks the most solid option at 9/2 with Boylesports for a second Abbaye success.

Bet on Glass Slippers with Boylesports

The 7f specialists tackle the Group 1 Prix de la Foret with Space Blues at the top of the market. Owned by Godolphin, the five-year-old son of Dubawi has a fearsome 70 per cent record at this trip. Space Blues and Ralph Beckett four-year-old gelding Kinross look the best of the British raiders. The home team has quite a strong hand, however, with Aga Khan filly SAGAMIYRA two from two at Longchamp this term.

She was only beaten by a head conceding weight for age to Mother Earth in the Prix Rothschild at Deauville on her penultimate start. Sagamiyra has since cosily landed a Group 3 at this venue back down over this distance. Speak Of The Devil was something of a hard luck story that day back in third and re-opposes, so she could go well at double figure odds. The 15/2 on offer with Parimatch about Sagamiyra appeals most, though.

Bet on Sagamiyra at Parimatch