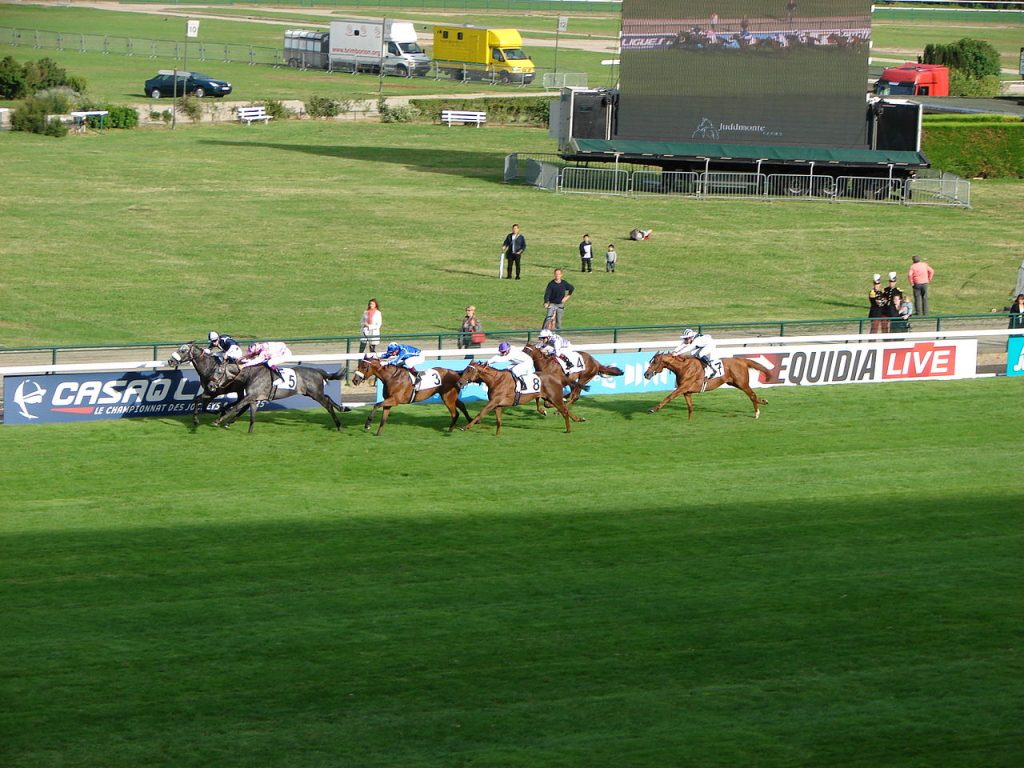 The opening day of Arc Weekend at Longchamp in Paris includes the Prix du Cadran and many other top races. Warm up for the big one with Arc betting tips for this Saturday’s action in France.

There are five Group 1 or Group 2 contests on this Longchamp card ending with the Prix Dollar so this is top class horse racing. Read on as SportsLens experts reveal their Arc betting tips for Saturday:

Wide-margin Saint-Cloud Listed scorer Manobo is a hot favourite for the 1m 7f Group 2 Prix Chaudenay for three-year-olds but scant value at odds-on. Godolphin and Charlie Appleby owner-stable companion Kemari looked a gelding going places when landing the Queen’s Vase at Royal Ascot, but there was no explanation for trailing in last of eight in the Great Voltigeur at York.

Interpretation didn’t appear to get the St Leger trip at Doncaster last month when fading into fourth, meanwhile. German Derby runner-up Alter Adler will have his supporters over a longer trip but the one who may be overpriced is TIDES OF WAR. The apparent Andre Fabre second string likes it soft and shaped well over course and distance in the Prix de Lutece last time out. Tides Of War could well outrun his odds of 25/1 with Parimatch so looks each way value.

Back Tides Of War at Parimatch

The Group 2 Prix Daniel Wildenstein over 1m went to The Revenant in each of the last two years. Now a six-year-old, Francis-Henri Graffard’s charge usually goes well fresh and his season is all about the autumn. Godolphin hold a strong hand against the proven performer, however, in the always highly-regarded Victor Ludorum and progressive type REAL WORLD.

Now partnered by Frankie Dettori, the latter comes to Longchamp on the back of a hat-trick. Real World, a four-year-old colt in training with Saeed bin Suroor, bolted up in the Royal Hunt Cup at Ascot this summer. He then followed-up at Listed level around Newbury, then dropped back in trip for a Group 3 success during York’s Ebor Festival. This is the next logical step, provided Real World handlers a softer surface, and he’s 4/1 with Betfred for the four-timer.

Back Real World with Betfred

With every further drop of rain that falls in Paris, the chances of Stradivarius showing up becomes less likely. It would be wonderful to see John and Thady Gosden’s staying star tackle the French equivalent of the Ascot Gold Cup, the 2m 4f Group 1 Prix du Cadran on this card. However, don’t be surprised if Stradivarius is a non-runner. Conditions should suit both last year’s winner Princess Zoe and Goodwood Cup hero Trueshan.

Alan King, who trains the latter, said he would be happier if the race was over 2m. The concern with Trueshan is a 67-day break since we last saw. Much of that has been enforced by a relatively dry end to the British summer and beginning of autumn. Princess Zoe makes the defence of the Prix du Cadran off twice as long a break as she enjoyed last year, but trends show most recent winners ran within the last six weeks.

Princess Zoe and Trueshan bring the best form, but the horse who has done well in recognised race trials at home is SKAZINO. All three of his wins this season so far came over 1m 7f or further. Victories in the Prix de Barbeville, Vicomtese Vigier and Prix Kergorlay make him an each-way play against the big name Anglo-Irish raiders. Skazino is 12/1 with Boylesports and should make the frame if running up to his form.

Bet on Skazino with Boylesports

The trip at Deauville in the Prix de Pomone was on the sharp side for her last time out. This is Valia’s time and trip, and it would be fitting if retiring trainer Alain de Royer-Dupre could have an Arc Weekend winner with her. Lightly-raced three-year-old Joie De Soir could be anything, so rates a danger alongside Royal Ascot Ribblesdale Stakes winner Loving Dream. Valia appeals most at 15/8 with William Hill, though.

Back Valia with William Hill

This year’s renewal of the extended 1m 1f Group 2 Prix Dollar looks wide open. Dubai Honour has been progressive for William Haggas in recent starts, but there is a question about how he handles soft ground. The Gosdens’ Megallan shaped well in the Dante at York but then flopped on his only start in France in Prix du Jockey Club. A Group 3 success as Salisbury since still shouldn’t gloss over that.

Another Godolphin-owned runner trained by Fabre, the six-year-old’s Listed win over 2020 Arc fifth Raabihah at Clairefontaine in August reads well. The runner-up came out and landed a Group 2 next time up. Magny Cours also beat last year’s Prix d’Ispahan and Moulin winner, and Arc third Persian King at Chantilly first time out last term. He has always promised to win one of these big races. This might be the day for Magny Cours at 4/1 with Parimatch.

Bet on Magny Cours at Parimatch