Manchester United’s record signing winger Angel di Maria has found himself embroiled at the centre of controversy after he appeared to have laughed at Argentina manager Tata Martino’s team talk at half time.

Di Maria, along with Barcelona superstar Lionel Messi, were filmed coming out of the dug out during their Copa America match against in the second half laughing over something. 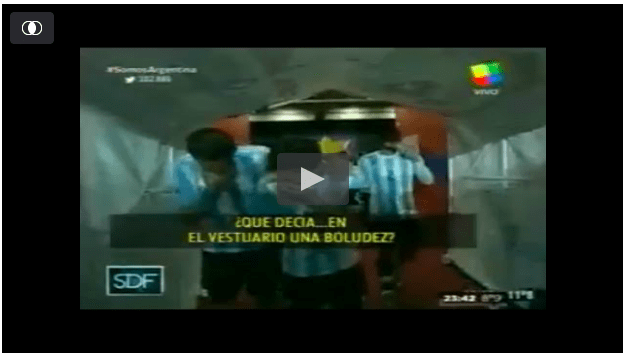 Several media publications have tried to work out what they said among themselves. We’ve found a version of it in Chilevision.

Messi can be heard saying: “What was said in the dressing room? Some nonsense.”

Di Maria replied: “That it isn’t an easy result.”

Argentina were leading by 2-0 at half time, when Tata Martino had urged the team in the form of team talk to stay focussed in the game. Di Maria and Messi found it funny enough as they thought it will be an easy victory for them from thereon.

They were proved wrong in the end as the match ended 2-2 draw with Paraguay. Messi and Di Maria are very good players and therefore they may avoid punishment from their manager.