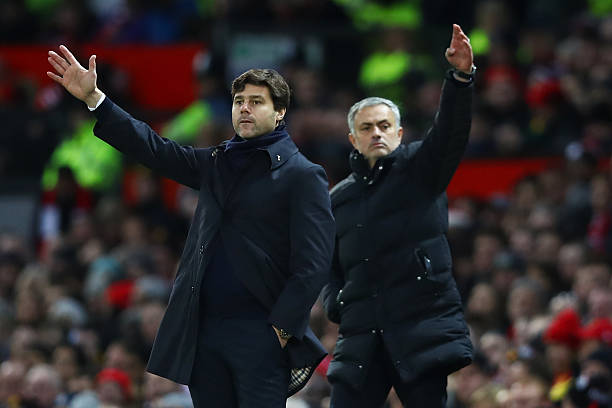 Tottenham Hotspur manager Mauricio Pochettino revealed he would have left the North London club had he led them to Champions League glory last term, and there is a feeling he is getting closer to calling it quits.

While it’s highly unlikely that he gets sacked despite Spurs’ struggles thus far, the Argentine could decide to leave sooner rather than later.

Pochettino has been routinely linked with Manchester United and Real Madrid in the past, while Bayern Munich are said to now have him on their radar.

Tottenham will no doubt attract top names once they need another manager, and beIN Sports pundit Andy Gray has tipped Jose Mourinho to become their next boss.

The former Chelsea and Manchester United manager recently revealed he would love to win a Premier League title with another club, and Gray reckons Spurs would be perfect for him.

“Spurs would be more likely, depending on Pochettino of course. If he went someone else, who knows. It’s like a domino effect. He’s got a big one lined up, we feel he has,” the former Sky Sports pundit said.

“He has turned down Lille because he’s committed to someone else and that must be a big club. If he wants to win another title with an English team, it’s more likely to be the Lilywhites.”

Mourinho has said he wants to win the #PL with a third English club.

Andy Gray thinks if he was to come back to England's top-flight, he would most likely do it with this club… 👀#beINPL pic.twitter.com/ynqWjHf4Cd

Mourinho has already been linked with Tottenham, with French outlet SoccerLink claiming the club have contacted him.

The former Porto boss has been without a job since getting fired by the Red Devils last December, and it will be interesting to see where he goes next.

With league titles with the Portuguese giants, Real Madrid, Inter Milan and Chelsea under his belt, the two-time Champions League winner has a massive CV without a doubt, but his recent struggles remain a huge concern.