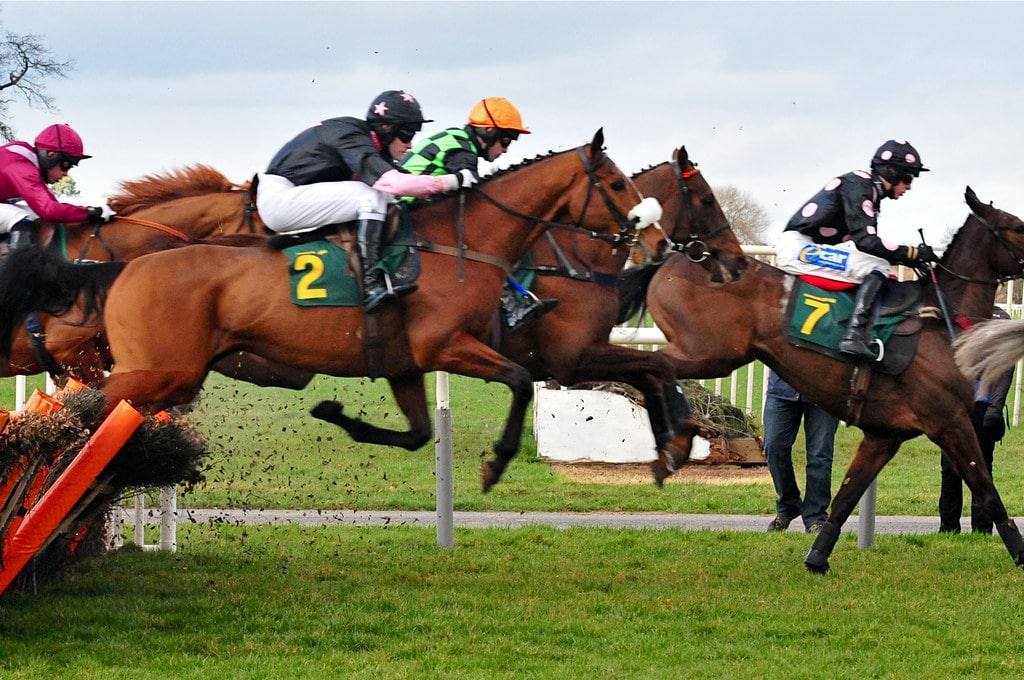 Andrew Mount casts his eye over today’s horse racing and highlights a number of horses to oppose or side with in his spread betting tips for Wednesday, October 6th.

Sports spread betting is an exhilarating and exciting alternative to traditional fixed odds betting, offering many different and unique ways to bet on your favourite sport. Thanks to Spreadex, there is a neat how to spread bet on horse racing guide below:

Which horses should punters buy or sell today? Read Andrew’s thoughts below with spread betting tips from Ludlow, Navan and Sedgefield:

Progeny of The Last Lion have a poor record on turf, winning just five of their 160 starts (3.1% strike-rate) for a loss of £137.17 to a £1 level stake at SP. AREILLE was one of those rare winners when taking advantage of a favourable draw at Sligo in August, but subsequent events suggest she was flattered. She’s failed to place in all three subsequent outings and selling her in the 50-25-10 market might be the best way to oppose her.

Sell Areille at Navan with Spreadex

There are risks attached where the front three in the betting are concerned in this mares’ handicap hurdle. SACRE COEUR is making her debut for a new yard, UNE DE LA SENIERE has been off the track for 143 days and needed three runs before peaking last term and last year’s winner YEAVERING BELLE has failed to score since and the Kim Bailey yard is yet to fire. The suggested alternative is the first-time blinkered GAVROCHEKA.

She’s been off the track for three months but has a good record when fresh, scoring in first-time cheekpieces at Ffos Las in June after a ten-week break and winning at Market Rasen last summer after a 191-day layoff. She’s only run at Ludlow once before, finishing second on unsuitably soft going on her British debut after a 194-day break. Good ground suits and she clocked a fast time for her Ffos Las win.

Buy Gavrocheka at Ludlow with Spreadex

Sue Smith-trained break returners make poor bets at this time of year, and it could be worth opposing KAUTO D’AMOUR after a 188-day absence. Since 2013, the yard’s runners from May to November who were returning from a break of more than 90 days have won just ten of their 233 starts (4.3%) for a level stake loss at SP of £123.38. He’s been beaten by 42 and 121 lengths on his two previous seasonal debuts and doesn’t tend to find his form until his third or fourth start of the campaign.

LOW PROFILE is another who could struggle in this 2m4f handicap hurdle. He finished a respectable third at Market Rasen last month but was probably flattered by racing wide on a day the inside rail was badly cut up. G’Day Aussie, winner of that race after taking the same wide route, was unplaced when even-money favourite at Worcester next time. Low Profile’s sole win came on the Flat back in June 2018 for another yard and his trainer, Mark Walford, has gone 82 days and 42 runners since a win.

Sell Kauto D’Amour and Low Profile at Sedgefield with Spreadex

Want to try spread betting with Spreadex? Then their spread betting calculator should be a great help. This allows punters thinking of buying and selling horses work out what they could gain or lose by following the latest spread betting tips from Andrew: