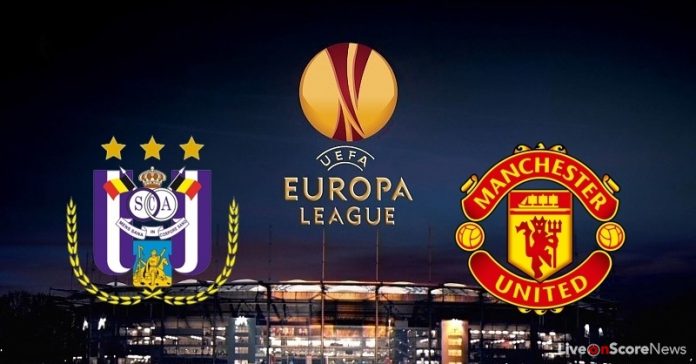 Anderlecht host Manchester United in the Europa League this week and the Belgian outfit will be looking to secure a significant advantage in the tie ahead of the return leg in England.

The Belgian outfit have an atrocious record on English soil and this week’s result will be of huge importance to them. Anderlecht have lost 13 of their 15 previous matches in England.

Defensively, the home side have been excellent and will be looking to contain Manchester United here. They have kept a clean sheet in each of their last five home games in all competitions.

Andy Najar has missed the last few matches due to a hamstring injury and he remains a doubt here.

Manchester United are having a very poor season domestically and will be looking at the Europa League as their way into next season’s Champions League.

The Red Devils are favourites heading into this game and will be looking to replicate their performance against Anderlecht back in 1956. Back then, Manchester United won 10-0. Furthermore, Ibrahimovic has an excellent record against the Belgians as well. The Swede has scored five goals in two matches against Anderlecht in the past and is currently the competition’s top goal scorer.

The away side will be without the services of Mata, Jones, Young, Smalling and De Gea for this game. Valencia and Rooney are back in training and should feature here.

Manchester United have kept a clean sheet in 5 of their last 6 matches in the UEFA Europa League.

Manchester United have won 5 of their last 6 matches in the UEFA Europa League.

Anderlecht have won 4, drawn 1 of their last 5 matches in all competitions.

There have been under 2.5 goals scored in Manchester United’s last 3 games in the UEFA Europa League.

Manchester United are firm favourites to win here. Bet on the away side to secure a vital first leg win this week.

Zlatan Ibrahimovic has a very good record against Anderlecht. Bet on Zlatan to score anytime.

This should be a routine win for Manchester United. Despite their impressive domestic form, Anderlecht are out of depth here.

The home side will struggle to contain the likes of Zlatan Ibrahimovic and will also find it tough to break down Mourinho’s well-organised back four. An away win seems likely.