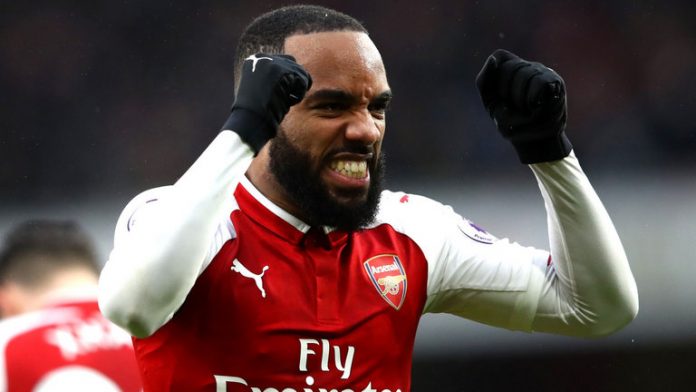 Arsenal will meet with the representatives of striker Alexandre Lacazette today to discuss the player’s future.

Yahoo Sport France has claimed that an unnamed Spanish club have expressed an interest in signing the 28-year-old.

Atletico Madrid have previously been linked with Lacazette as a possible replacement for Barcelona target, Antoine Griezmann.

The French star bagged 19 goals in 49 games in all competitions last season and scooped the club’s Player of the Year award.

A big money move for Lacazette would give Arsenal boss Unai Emery more funds to play with as he tries to reshape his squad.

The Gunners have been linked with a plethora of players including Wilfried Zaha, Hakim Ziyech, Jarrod Bowen and Dani Ceballos.

However, with a £45 million transfer kitty at his disposal, Emery may well need to sell one of his top stars to fund other deals.

Lacazette joined Arsenal from Lyon back in July 2017 for a then club-record fee of £46.5m on a five-year contract.

He had scored 129 goals in 275 matches in all competitions for Lyon after breaking into the first team during the 2009/10 campaign.