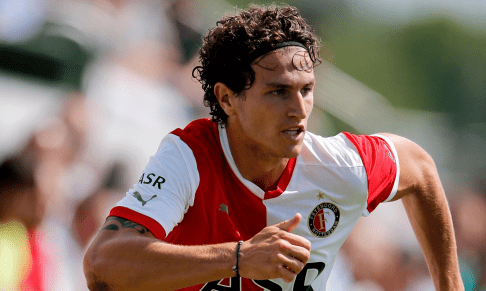 According to notable and renowned Italian journalist Alfredo Pedulla, Manchester United target Daryl Janmaat is set to join Newcastle at the end of the World Cup. The story has also been relayed by TMW.

There were earlier rumours that the new Red Devils manager Louis Van Gaal who has guided Netherlands to the World Cup semi finals, was keen to take the right back along with him to Old Trafford after the player’s dazzling show in Brazil.

Italian side Napoli were also interested in the 24 year old before the World Cup but any such deal with Janmaat’s current club Feynoord failed to materialize. However it is now believed that Newcastle United have reached an agreement in principle after holding talks with the player’s representatives. However the Magpies have been told to wait till the World Cup gets over.

Though the details of the deal haven’t been known yet, a player of Janmaat’s quality will certainly keep the black and whites faithful excited thanks to his ability in playing in a variety of positions on the right flank.