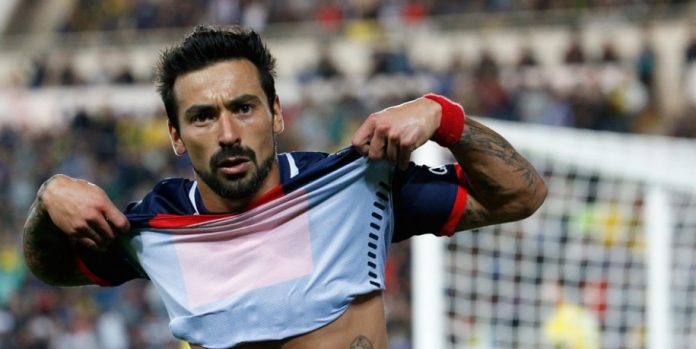 Chelsea have been dealt a hammer blow in their pursuit of PSG winger Ezequiel Lavezzi, after the player’s agent revealed that his client is set to stay in France.

Lavezzi’s agent Alejandro Mazzoni spoke to Ultime Calcio Napoli denying any such rumours surrounding the Argentine and also squashed speculations that the 29 year old will leave Paris in the summer.

“Pocho will remain at PSG 99 per cent in the transfer market since nothing is ever granted. I’ve said several times that he is well in Paris and will not move.”

Lavezzi’s agent Alejandro Mazzoni has also revealed that there is a “99%” chance that the Argentine stays at PSG this summer. #PSG

We had earlier reported that Chelsea were interested in signing an attacking midfielder in the summer to provide an extra dimension to their already impressive squad.

The Argentine has enjoyed a good season with PSG scoring 11 goals and grabbing a couple of assists in 42 appearances, and is expected to play a significant part in Argentina’s World Cup campaign in Brazil.

Now that Lavezzi is set to continue at Parc de Princes, manager Jose Mourinho will have to look elsewhere to bring in new players at Stamford Bridge.