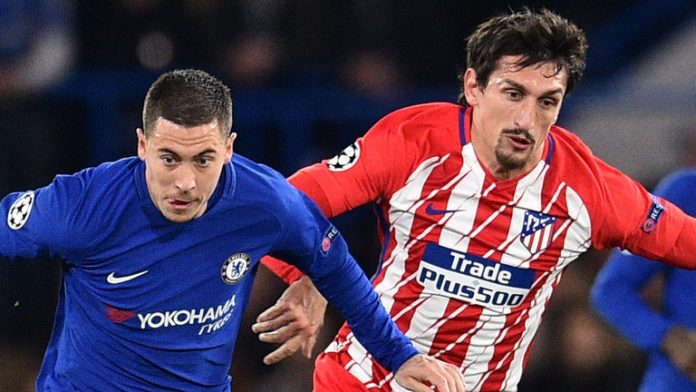 Stefan Savic’s agent says his client could move from Atletico Madrid this summer.

Savic has made 110 appearances for Atletico since joining the club in 2015, but the centre-back could be on the move ahead of the 2018/19 campaign.

Serie A giants Juventus are also understood to be interested in the Montenegro international.

“Stefan is a player who is always very interesting,” Zarko Pelicic told TuttoJuve.

“He has top quality – he can play for any of the top four teams in the best leagues.

“I can’t name names, everything goes through the club.

“He’s currently an Atletico Madrid player – we’ll evaluate what’s best for the club and the lad.”

Savic had a brief spell at Manchester City, joining the Premier League outfit for £6 million back in 2011.

The defender made 21 appearances for City in the 2011/12 season, before leaving the club to join Fiorentina.

He made 108 appearances for the Italian club, scoring four goals.