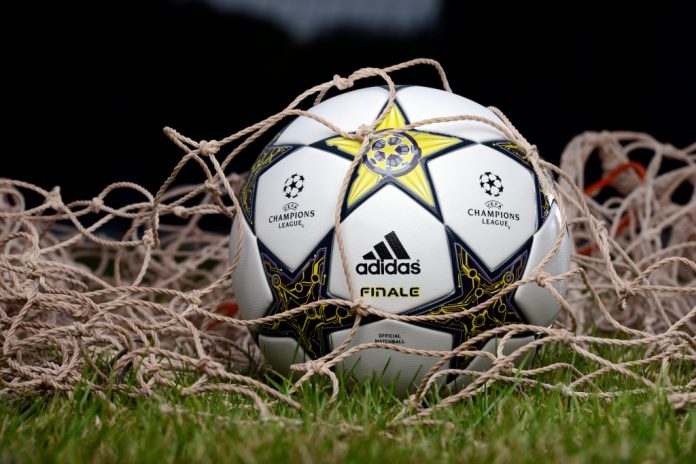 adidas have revealed the official match balls for the 2012/2013 season of the UEFA Champions League, the Europa League and the UEFA Super Cup competitions.

The adidas UEFA Champions League Finale 13 Official Match Ball will be used in all of the group stage of the 2012/2013 competition. The new design features an outer coating texture designed to provide optimal grip at the point of contact.

The artwork within the iconic star panel construction uses bold colours (white/lab lime/dark violet) and is designed to reflect a tactics board of precise on-field movements in addition to the geographical locations throughout Europe linked together as a result of the competition.

The top and bottom thermal bonded stars on the match ball, based on the design of the UEFA Champions League logo, contain co-ordinates of Nyon, Switzerland, and Herzogenaurach, Germany, the homes of UEFA and Official Match Ball supplier adidas respectively.

Additionally, this season adidas will launch a campaign for fans to engage through the Champions League and ask themselves the question: Are you UEFA Champions League level? For the first time ever this season, all three adidas boot silos (Predator, adiPure and f50) are miCoach enabled, allowing players to track and analyse statistical data from their matches and share on Facebook.

A key piece of the “Are you UEFA Champions League level?” campaign is a miCoach training plan developed to allow fans to test themselves against the very best during various stages of the competition from pre-season, through the group stages, all the way to the final.