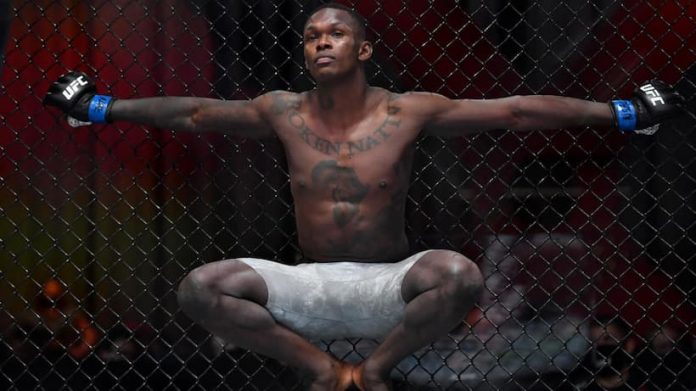 Adesanya vs Cannonier headlines what is a spectacular pay-per-view card from Nevada, that sees Alexander Volkanovski and Max Holloway throw down for the third time or the UFC Featherweight Title in the co-main event.

What a night we have in store in Vegas this weekend, so ensure you don’t miss out on our exclusive betting tips, best odds and fight predictions for UFC 276. We have two exclusive tips for the main event, with one tip for the co-main event as an added extra for you, our valued SportsLens reader.

With this being such a big fight for UFC gold in the 185-pound division, there is so much value in the betting markets for bettors to place their wagers on this mouth-watering main event from UFC 276.

In Israel Adesanya you have a man who is the complete package. His only defeat came up at 205-pounds when he challenged Jan Blachowicz to become a two-weight UFC champion, but fell short on the judges scorecards.

‘The Last Stylebender’ has since then moved back down to his natural division and looked as good as ever. Adesanya has won every single one of his fights in the UFC at middleweight, and has won the vast majority of them by stoppage. 15 of the Nigerian’s 22 wins have come by way of knockout.

Adesanya carries dynamite in both hands, as well as having a sensational kickboxing game, which comes as no surprise as that is where came came from, kickboxing and boxing is his roots.

That is why Adesanya has so many finishes inside the octagon, quite simply nobody can cope with the sheer high level stand-up that he possesses. Here at SportsLens, we think this could come to fruition again on Saturday, with Adesanya scoring another eye-catching stoppage over a game challenger in Jared Cannonier.

Our ‘Best Bet’ for the Adesanya vs Cannonier fight for the UFC Middleweight Title is quite a daring one, but one which presents exceptional value to bettors.

As we have already alluded to, we fully predict that Israel Adesanya will win this fight by KO/TKO. However, for our best bet selection we are going to goo one further and predict when that finish will come.

Adesanya has gone to the judges scorecards in his last three fights, with wins over Robert Whittaker and Marvin Vettori in his last two. However, before Adesanya reached the very top level, he was knockout out almost everyone put in front of him.

Of Adesanya’s 15 knockout victories, 75% of them have come in the second round. This definitely isn’t a coincidence, as it is clear to see that the 32-year-old likes to spend the first round checkout out his opponent, see what they offer, before breaking them down and knocking them out in the second round or later.

This is why for our best bet we have selected Israel Adesanya to win by KO/TKO in Rounds 2 or 3 of this UFC middleweight title defence. This can be backed at a price of around +500 with BetOnline, which seems like sensational value considering how many knockout victories Adesanya has.

Cannonier himself will be looking for the knockout, therefore leaving himself open to being caught, which isn’t the ideal scenario against someone with the striking level of Israel Adesanya.

Israel Adesanya vs Jared Cannonier betting tip: Adesanya to win via KO/TKO in Rounds 2-3 @ +500 with BetOnline

Tale of the Tape

With this being the third fight between the pair of featherweight all-time greats, that says a huge lot as to what the first two encounters were like. The champion, Alexander Volkanovski, got the nod on the judges scorecards on both occasions, but both fights were sensational and extremely close.

Holloway felt hard done by both times, especially the second fight in 2020, which was a split decision loss for the Hawaiian. It is fair to say that the vast majority of the MMA community felt like ‘Blessed’ won that rematch, so he rightfully deserves another opportunity to settle the score and win back his UFC Featherweight Title.

Here at SportsLens, we think it could be third time lucky for Holloway. Despite losing the first two encounters to Volkanovski, we believe he certainly won the second fight, and actually has a strong argument for winning the first fight too.

It could well be 2-0 to Holloway, it could well be one fight a piece, but it is t2-0 to the Australian. That says something about how sensational these fights have been and how evenly matched the two best featherweight’s on the planet are.

Holloway will be full of confidence that he can get the job done on the scorecards for the third time, which is what our betting tip for Volkanovski vs Holloway 3 is. We can’t see either man stopping the other, so we think the fight going the distance is almost a foregone conclusion.

This time, we can see Holloway finally getting what he deserves and claiming a sweet victory over ‘The Great’ via unanimous decision, majority decision or split decision.

Tale of the Tape

TV Channel (US): This UFC title double-header from UFC 276 is available to US MMA fans via ESPN+ PPV (pay-per-view).

TV channel (UK): If you have BT Sport on your TV, you will be able this stellar UFC 265 card live on BT Sport, provided you are a subscriber to their channel.

Live stream (UK): BT Sport subscribers can also watch every kick and punch throw from the UFC this weekend on the BT Sport App.