According to the Guardian, Adam Lallana is reportedly travelling to Merseyside to undergo Liverpool medical after it has now emerged that Southampton have agreed a £25m offer from the Reds for the midfield star.

Reputed journalist and Merseyside based writer for the Times Tony Barret has also confirmed the latest development through his Twitter account.

An Adam Lallana story will appear on the @TimesSport website imminently. He’s currently travelling to Merseyside for a medical.

Lallana thus is set to join his former club team mate Rickie Lambert at Liverpool who had earlier switched loyalties for Brendan Rodgers’ side ahead of the World Cup in Brazil. 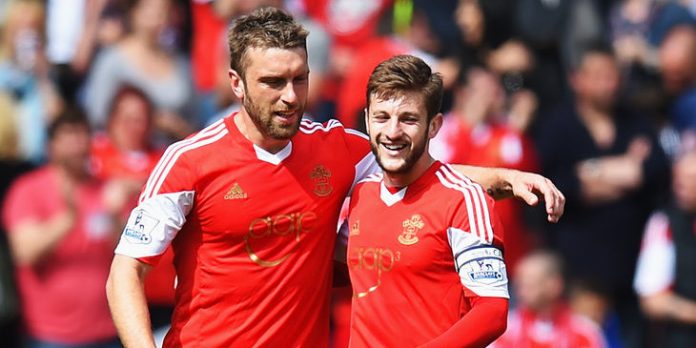 The 26 year old Lallana would seamlessly fit into Rodgers’ tactically flexible system at Anfield having dazzled with Southampton in the 2013-14 season under Mauricio Pochettino at the south coast club.

Lallana, who is immensely versatile and can play on either wings or a second striker had scored 9 goals and grabbed 6 assists in 38 appearances for the Saints. The decision to join Liverpool would end the player’s 14 year long association for the club since joining the famed club academy from Bournemouth in 2000 aged just 12.