AC Milan have launched their new 2014/15 Adidas home kit and third kit and those will be premiered during the last two games of the Serie A season. 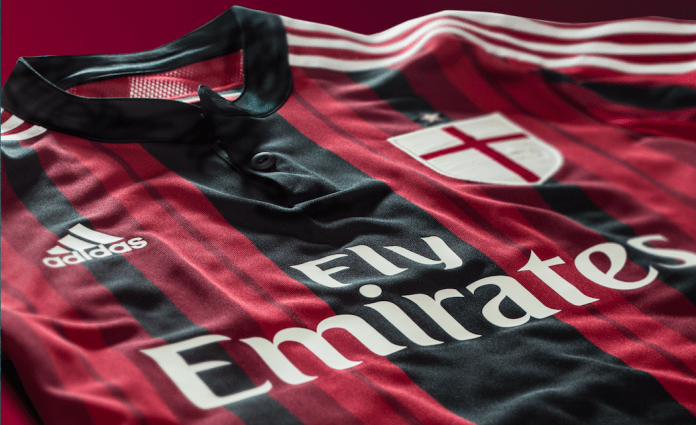 Next Sunday, AC Milan players will wear the new third kit against Atalanta. The kit, manufactured using adizero technology, an original yellow/green kit inspired by the traditional Brazilian colours, meant to pay tribute to the nation that in few weeks’ time will host the FIFA World Cup 2014.

Brazil has a special relationship with AC Milan. Throughout their history, players from Brazil have represented the club and became a part of their glorious history. No wonder, why Brazil is indeed one of the countries with the highest number of AC Milan fans and supporters.

“We are particularly proud to introduce these new kits as the perfect link between tradition and innovation” said Jean Michel Granier managing Director adidas South Europe.

“The home jersey showcases a new design and new colour tonalities while the third jersey is meant to be the perfect link to the 2014 FIFA World Cup, a competition we sponsor and for which we provide the official match ball since 1970.

“An event indissolubly linked to the 3-Stripes and that will be the perfect setting to show the strength of our brand through the excellence of a portfolio of assets and products that only adidas can offer.”

Home Jersey: For the first time, the red & black stripe will show different widths and colour tones. The logo of the new jersey is a tribute to tradition: on the chest of the players and the fans that will wear it, there will be the San George’s cross, historical element of the town flag, which was woven AC Milan’s jerseys since the foundation of the club until the 40’s and for the club centenary.