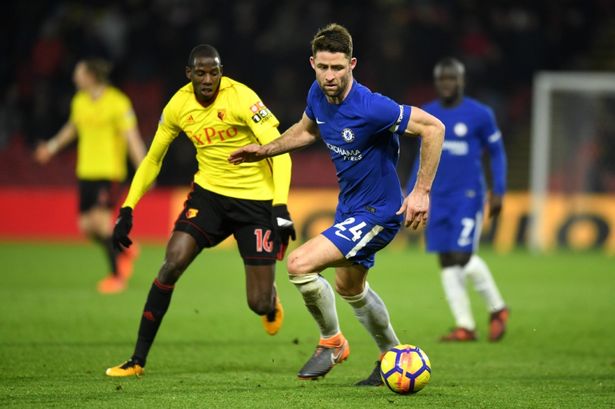 Watford midfielder Abdoulaye Doucoure has been very impressive in the Premier League this season and he has been linked with a move away.

Earlier this week, it was reported that Tottenham are interested in signing the midfielder. Now, the player has confirmed that he is interested in joining Arsenal. Doucoure is an admirer of Arsene Wenger.

The 25-year-old joined the Hornets in the summer and he has been one of the best box-to-box midfielders in the league so far. Arsenal could certainly use a powerful presence like him at the heart of their midfielder.

Spurs are probably looking at him as the long-term replacement for Mousa Dembele.

It will be interesting to see where he ends up at the end of this season. His performances have alerted the big clubs and it will be tough for Watford to hold on to him.

The Hornets paid just £4.5 million for him but they will be looking to demand a premium if they are forced to sell this summer.