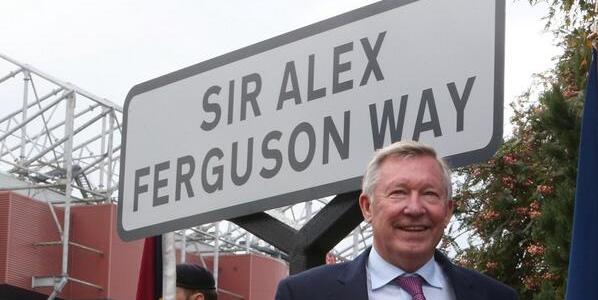 The 71-year-old who managed this iconic club for 26 years, before returning in May also received the Honourary Freedom of the Borough of Trafford at a formal ceremony at the council chambers.

Now over to some transfer news…

Manchester United will be looking to seal a deal for Barcelona winger Alexis Sanchez and are reportedly weighing up a bid.

United wingers have underperformed to a huge extent while Alexis has been enjoying a rich vein of form of late. The winger could be available for a fee in the region of £22m.

Manchester United winger Wilfried Zaha could leave the club on loan during the January transfer window. The winger has yet to appear in a single competitive fixture since his summer move from Crystal Palace.

He showed his potential in the pre-season tours but has dropped down the pecking orders at the club behind seasoned campaigners Young, Nani and Valencia. To make the matter worse, young Adnan Januzaj has been promoted ahead of him in the United squad.

Serie A giants Juventus are planning an audacious swoop for Manchester United youngster Adnan Januzaj. The club’s general director Giuseppe Marotta has threatened to do to United what they did with Paul Pogba in 2012.

UK media claim that Manchester United are tracking Montpellier’s creative midfielder Remy Cabella, who could cost in the region of £15m.

And finally, Tottenham are keen to add Javier Hernandez to their ranks and hope to offload Emmanuel Adebayor in the process.