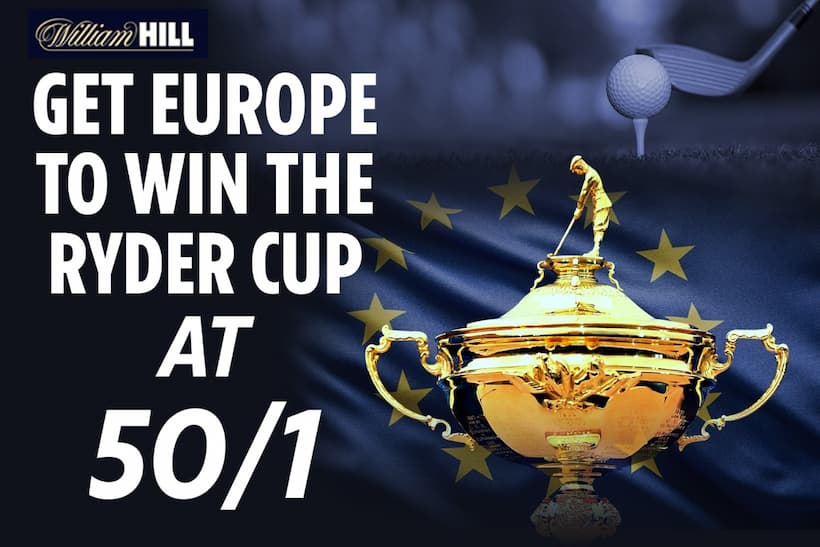 The 2021 Ryder Cup tees off this Friday afternoon, and bookmaker William Hill is offering exclusive odds of 50/1 on Team Europe claiming an outright win. Read on to find out more.

Team Europe are a best price of 2/1 to win the Ryder Cup and millions of golf fans have already bet on Padraig Harrington’s men at that price.

If, however, you are not tempted by 2/1 then how about 50/1 on Europe beating America in the Ryder Cup?

William Hill are offering enhanced odds of 50/1 (£50 returns from a £1 bet) to all SportsLens readers who want to bet Team Europe to claim another historic victory over Team USA.

Ryder Cup betting tips: Get 50/1 Odds on a European win at William Hill

William Hill always backs its home continent, and this enticing 50/1 offer on a Europe win in the Ryder Cup shows the bookmaker is in true, nationalistic form as ever.

How the offer works is fairly simple: after signing up at William Hill using the promotional code listed below, wager £1 on a team Europe win. If come Sunday afternoon, Padraig Harrington and co. have retained the trophy, 5x £10 free bets will be credited into your account.

In order to claim these exclusive 50/1 enhanced odds at William Hill, just follow the instructions below:

Though the Americans have been made favourites to lift the Ryder Cup at Whistling Straits this year, there are several good reasons to vouch for the Europeans on foreign soil:

Jon Rahm has proven himself to be the best player in the world and comes into this year’s Ryder Cup tournament in great form and is the current US Open champion & PGA of America Player of the Year. Plus, after defeating the legendary Tiger Woods at the last Ryder Cup tournament in France, it’s unlikely any American will look forward to being paired with Rahm in a matchplay situation.

Along with Rahm, Rory McIlroy is back in form, having placed in the top 15 four times in his last five competitive outings. Though still young in golfing terms, this will be McIllroy’s fifth Ryder Cup tournament and his experience and nous could prove vital for the European team.

McIlroy, Rahm, and co. will look to defeat Team US on their own putting greens at Whistling Straits, Wisconsin. Home course advantage traditionally proves valuable to a successful Ryder Cup-winning team. However, Whistling Straits has a very European feel to it and the course itself is yet to have an American winner on the tour. It does, however, boast one European winner in Martin Kaymer who is one of Padraig Harrington’s vice-captains at this year’s tournament.

Finally, form – Europe has won seven of the last 10 Ryder Cup meets. In any other sport, this would make Harrington and co. outright favorites. There’s no doubting the talent on the American team, but many a pro-gambler would tell you never to discount form. 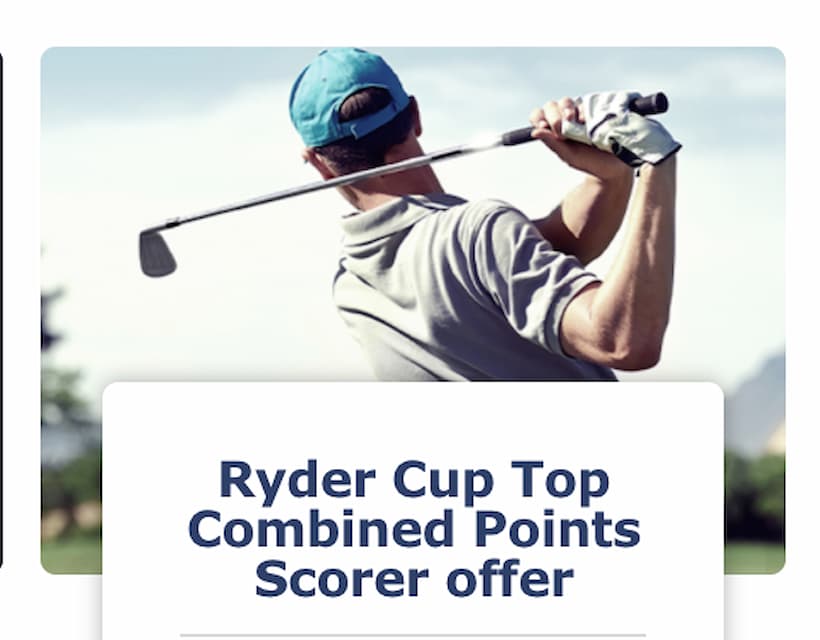 In keeping with the festival of matchplay golf set to grace our screens this weekend, the enhanced 50/1 odds promo isn’t the only special offer currently broadcast by the clearly excited oddsmakers at William Hill:

The bookmaker also has a Ryder Cup Top Combined Points Scorer offer for its customers.

When you place a £10 win (£5 each way bet) on the player you think will finish the tournament with the most points (that’s Europe or America), William Hill will give you £5 in bet credits each time your selected player wins a match.

In order to claim this exclusive Ryder Cup offer, follow these steps: