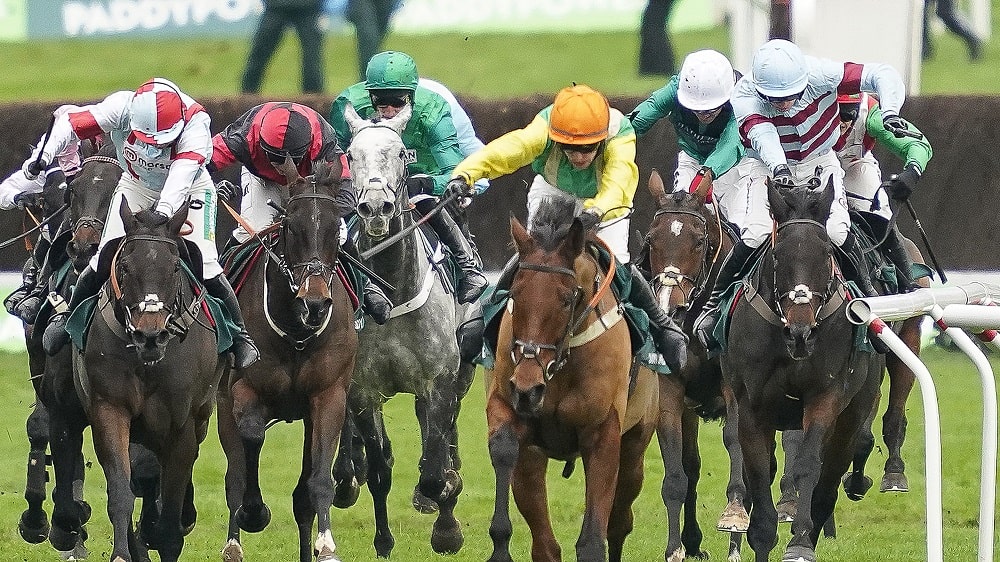 The December Gold Cup, run for the last several years as the Caspian Caviar Gold Cup over an extended 2m 4f, is the big betting race of Cheltenham’s International Meeting on Saturday, 11 December (1:50). Now under new sponsorship and being run as the Racing Post Gold Cup, this extended 2m 4f Grade 3 handicap chase is typically competitive.

There are some Caspian Caviar Gold Cup trends punters may wish to follow before reading our experts’ shortlist of four. Seven of the last eight winners all had previous experience of Cheltenham, so that counts for a lot. A 10lb ratings band of between 132 and 142 produced six of the eight most recently successful horses with the only exception being Frodon.

However, this year’s field looks classier than most, so that trend could be bucked. Race fitness is essential, meanwhile. All recent winners came to Cheltenham off the back of a run, usually three or four weeks beforehand. A word of caution for favourite backers on horse racing betting sites, though. The market leader hasn’t won this since 2009.

In terms of age, four of the last seven and three of the last four December Gold Cup winners were seven-year-olds. These stats can help punters narrow down large field handicaps like this one. There are no guarantees of course, but at least they throw up some pointers. Here are our old Caspian Caviar Gold Cup betting tips for 2021, using the five-day declarations:

Why Lalor has the shortest Caspian Caviar Gold Cup odds

At the head of the December Gold Cup betting is Lalor, a fine third on his debut for new trainer Paul Nicholls. A talented but far from straightforward horse, he has three thirds on his most recent starts at Cheltenham. Lalor is a nine-year-old rising 10 but shaped nicely in the Paddy Power Gold Cup on reappearance and stable bow.

That race has produced four of the last five winners with those in-behind best to concentrate on. Lalor’s best form includes victories in higher grades, so he has ability. If any handler can get more out of him, then it is surely Ditcheat maestro Nicholls who has won this a record five times since 2009 and talked his new charge up.

Lalor has suffered some agonising defeats including a short-head loss over course and distance on New Year’s Day 2020. He is always there or thereabouts, so a 5lb swing in the weights from last time out with potentially re-opposing winner Midnight Shadow gives him every chance in handicapping terms. That is why Lalor is prominent in the Racing Post Gold Cup betting with Bet365 a top-price 5/1 about him getting his head in front again at last.

Bet on Lalor with Bet365

Dan Skelton has four stable inmates among the penultimate declarations, yet Alnadam has brother Harry jocked up, so that is the stable’s first string. A sustained ante post gamble has occurred on this Bryan Drew owned eight-year-old gelding. Alnadam didn’t look off a yard on his return to action when trailing in last of four to Bravemansgame in a graduation chase on Betfair Chase day at Haydock.

Victories in two Sandown handicaps on much softer going are probably behind the move. Alnadam, a son of Poliglote who sired Politologue, defeated Before Midnight in the first of those. The runner-up has since won his next four races including the Hurst Park Handicap Chase at Ascot last time out. Funambule Siovla, a gallant second in an Aintree novice Grade 1 and the Peterborough Chase at Huntingdon last time out, was back in fifth that day.

Alnadam lost a shoe but didn’t get the trip in the Ultima Handicap Chase over further on the Old Course here at the Festival. However, a strongly run 2m 4f off 2lb lower may be much more suitable. That is why he has Caspian Caviar Gold Cup odds of 6/1 with Betfred now back on a more testing surface.

Bet on Alnadam with Betfred

Philip Hobbs also knows what it takes to win this race with two previous victories. He has two entries at the five-day stage with the clear pick being JP McManus’ Dostal Phil. A staying on fourth in the Paddy Power Gold Cup, the eight-year-old Coastal Path gelding was home just a length behind Lalor. Dostal Phil is 1lb better off with that one and receives 4lb more from the winner, Midnight Shadow.

Again, in handicapping terms, it gives him a great chance. Dostal Phil acts better on a softer surface but perhaps needs to improve his jumping. The Paddy Power Gold Cup form received the ultimate boost at the weekend, meanwhile, when the runner-up, Protektorat, bolted up in the Grade 2 Many Clouds Chase at Aintree.

Although Dostal Phil has a career high mark of 143 to contend with here, he may still be improving after just six chase starts. McManus and Hobbs have Aidan Coleman down to ride him with stable jockey Tom O’Brien getting the leg up on Zanza. That may also be a reason why Dostal Phil is 7/1 with William Hill here and Zanza nearly double those odds.

Back Dostal Phil with William Hill

Cheltenham local trainer Fergal O’Brien saddles Silver Hallmark in the Rucker silks. Nico de Boinville is an interesting jockey booking for this seven-year-old son of Shirocco, who won a Grade 2 novice chase on heavy ground last term. Silver Hallmark has spent most of his career bumping heads with McFabulous and Fiddlerontheroof.

When facing the latter for a third time in the Listed 2m 4f Colin Parker Memorial Intermediate Chase at Carlisle on reappearance, he faced an impossible task conceding a 6lb penalty to Colin Tizzard’s charge. The winner went on finish second in the Ladbrokes Trophy, so the form looks strong. Race terms didn’t favour Silver Hallmark at all, yet now he drops into handicap company.

He easily beat Paddy Power Gold Cup fifth Galahad Quest at Haydock last season. That form also commands respect in relation to the December Gold Cup, then. Silver Hallmark’s unchanged rating of 145 gives him a nice racing weight of 10st 12lb assuming the top weight runs. He is 8/1 with Bet365 and not without each way claims.

Back Silver Hallmark with Bet365

Farinet lurking at foot of weights

Venetia Williams has a reputation for training horses that love soft and heavy ground. On that basis alone, Farinet looks to be lurking on a handy mark at the bottom of the handicap. This six-year-old French import so typical to the stable needs one to come out at final decs to sneak into the Racing Post Gold Cup field.

Farinet bolted up in the Listed 2m 4f novices’ handicap chase that used to be run at the Festival here but has been moved to Kempton. That was his last outing and few got into the race. The lack of a race is a negative for Farinet, a gelding by Lord Du Sud, but his current mark of 133 fits within the ratings band of recent winners of this.

Williams won this in 2014 and has had other horses placed in the race since. Farinet could be unexposed and well worth backing if the going turns bottomless. It’s 10/1 with William Hill and other top betting sites that he bucks the trend and lands the December Gold Cup without the benefit of a run.

Bet on Farinet with William Hill