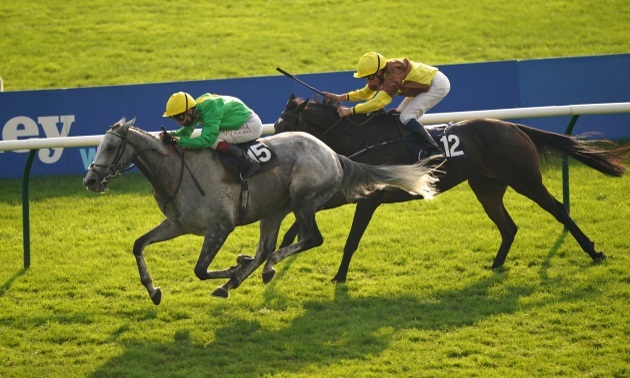 One of two feature races at Ascot’s two-day November racing weekend on Saturday, 20 November is the 2m 3f Grade 2 Coral Hurdle (2:40). Registered as the Ascot Hurdle, some top horses have won this.

Dawn Run first announced herself in this contest with victory in 1983 before scaling the heights of both hurdling and steeplechasing. Other notable Ascot Hurdle winners include Morley Street, Baracouda and Hardy Eustace who all landed consecutive renewals. Paul Nicholls would be the trainer to follow with a record seven wins but doesn’t have a runner this year.

Coming into the race fresh has paid off in recent years with six of the last nine Ascot Hurdle winners victorious on reappearance. Horses aged five, six and seven are the most successful group. That doesn’t rule out any of this year’s runners, though. All but one of the last 12 winners had an official rating of 153 or higher, so it takes a classy horse to land the spoils.

Only two of the last six favourites have obliged in the Ascot Hurdle, but five of the previous nine market leaders won. The race seldom attracts a large field and this year is no different. Penalties apply from any black type hurdles wins since September 30 of the previous year. Read what SportLens experts’ Coral Hurdle Ascot tips are in this detailed race preview…

Why Buzz is favourite in the Coral Hurdle betting

Nicky Henderson has three winners in the race, but none since 2012. That nine-year drought could well end courtesy of Buzz. He brings leading form claims into the contest after progressing last season. Following a fine third in the Welsh Champion Hurdle at Ffos Las last autumn, this seven-year-old won a 2m handicap at this meeting 12 months ago.

Buzz next chased home Not So Sleepy in the Grade 3 Betfair Exchange Trophy around this venue before Christmas. Henderson then ran him in another valuable handicap sponsored by that leading exchange and one of the top betting sites in the country, the Betfair Hurdle at Newbury. Buzz conceded weight to each of the four horses home in front of him, despite having a 5lb claimer aboard that day.

The form is working out extremely well, however. Soaring Glory, the winner, has since landed a Listed handicap at Ascot’s last meeting. Edwardstone and Annual Invictus, home in third and fourth just ahead of Buzz, have both landed novice chases this season. The re-opposing Guard Your Dreams, who he now meets off 12lb better terms, took a Cheltenham handicap at The Showcase in October.

Even those further down the field, such as Milkwood who went on to Scottish Champion Hurdle success, have advertised the form. Buzz stepped up on that and in trip when out of handicap company and a gallant runner-up in the Grade 1 Aintree Hurdle on his last National Hunt outing. The Ascot Hurdle is much easier. A mark of 155 makes Buzz the best horse in the race on adjusted ratings.

Off these terms, he has 3lb and upwards in hand on the field. Buzz is also race-fit following a superb success in the Cesarewitch Handicap on the Flat at Newmarket earlier this autumn. Henderson now plots a Stayers’ Hurdle campaign for Buzz, so he looks a solid 11/10 favourite with Betfred here.

Even his back form, which includes a neck defeat of this season’s Welsh Champion Hurdle winner Glory And Fortune, looks good. Brewin’upastorm advertised the Aintree Hurdle when bolting up on his return on Merseyside earlier this month. Buzz is the right favourite and the only reason for opposing him is the short price.

Bet on Buzz with Betfred

Enigmatic Goshen a danger if turning up

Gary Moore saddles the talented but quirky Goshen, who needs to race right-handed. The Coral Hurdle takes place on a track configured just fine for him, but so was the Elite Hurdle at Wincanton – an engagement missed because of unseasonably good weather and ground. Will Goshen show up here instead? Only time will tell.

The five-year-old son of Authorized is also a course winner, bolted up in a juvenile hurdle by 11 lengths in January 2020. Goshen has only tasted victory once in seven subsequent starts across both codes, however, infamously unseating his jockey when clear in the Triumph Hurdle.

Deep winter ground has brought out the best in this horse. Ascot doesn’t have those forecast conditions, so it really wouldn’t be a surprise if Moore pulls Goshen out once again. On his day and when things go right, nobody can deny his talent. Goshen routed re-opposing rival Song For Someone in the Grade 2 Kingwell Hurdle at Wincanton in February.

He couldn’t build on that in the Champion Hurdle or Punchestown Festival, however. Goshen is an enigma, and not a reliable proposition for punters looking for a wager on horse racing betting sites here. Odds of 7/2 with Bet365 for the Ascot Hurdle don’t really appeal with the going against him.

Song For Someone on comeback trail

Last year’s Coral Hurdle hero Song For Someone saw his form tail off after Christmas, but comes here looking to retain his crown. This renewal looks deeper than the one held 12 months ago, however, and the stable form of trainer Tom Symonds is a concern too. Many great horses have won back-to-back runnings of the race, though.

Song For Someone has a good record fresh and had wind surgery over the summer. The six-year-old chestnut Medicean gelding followed-up on winning the Ascot Hurdle with another victory in the same grade at Cheltenham. He prevailed by a nose from subsequent Grade 1 scorer Silver Streak, while Sceau Royal was back in fourth.

That one has won both starts over the smaller obstacles this season so far. The worry with Song For Someone is his last two outings. Goshen left him for dead at Wincanton, then he was pulled-up in the Aintree Hurdle. A breathing operation may help Song For Someone rediscover his best form, but it’s no easy task giving 6lb to Buzz.

Symonds did a remarkable job of placing his stable star throughout 2020. The Ascot Hurdle very much looks like the grade Song For Someone is best in but he may find one too good for him off these terms. Despite topping official ratings, the forecast spot looks the best connections can hope for. Song For Someone is 13/2 with BoyleSports for this.

Back Song For Someone each way with BoyleSports

Other Ascot Hurdle entries must improve

Given the above stat about all but one of the last 12 winners of the Coral Hurdle having a mark of 153+, it is hard to make a case for the other two in the race this year. Molly Ollys Wishes has been a useful mare for the Dan Skelton stable, but this is a big step up on her Listed success at Wetherby last month.

On her last start in open company, the daughter of Black Sam Bellamy was only third in the Kingwell over roughly this trip. All five career wins for Molly Ollys Wishes so far have come against fellow mares. Using Brewin’upastorm as a form marker from Wincaton, there is no reason why she should beat Buzz.

Half of the sex allowance is missing because Molly Ollys Wishes has a penalty for that Listed win last time out. She is 6/1 with Betfred but has plenty to find with the favourite here. Molly Ollys Wishes looks to be priced on the form of her stable rather than what she has done on the track. This will take a career best.

Similar comments apply to Guard Your Dreams, the last of the Ascot Hurdle runners this year. Nigel Twiston-Davies’ five-year-old Fame And Glory gelding has the lowest official rating of 145 in the line-up. This demands plenty more than the Cheltenham handicap he won last month, so Guard Your Dreams is the outsider at 8/1 with William Hill here.