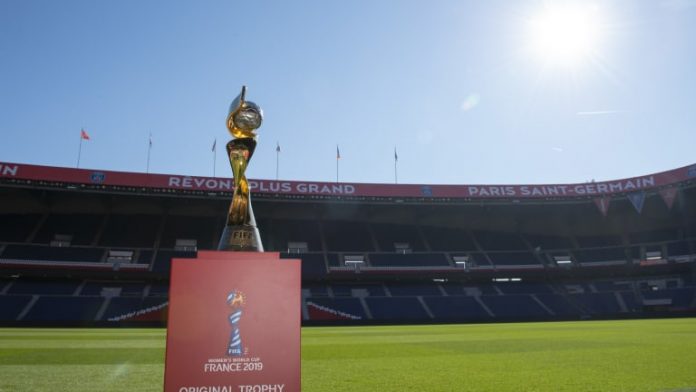 The 2019 FIFA Women’s World Cup in France will be the eighth edition of the prestigious international tournament.

The event kicks-off in Paris on June 7 as hosts France face South Korea and will culminate in the final in Lyon on July 7.

Reigning champions United States are chasing a fourth success at the World Cup, but they will face plenty of stiff competition as they bid to retain their title.

Read on as we provide you with an in-depth guide to the 2019 Women’s World Cup, or check WomensFootball.co.uk for the latest women’s football news, team by team previews and daily coverage for the tournament.

HISTORY OF THE WOMEN’S WORLD CUP

The origins of the competition dates back to 1970, when an international tournament was held in Italy during July of that year.

However, it was another 21 years before FIFA staged an official World Cup, with 12 teams taking part in China.

The United States won the inaugural competition, defeating Norway 2-1 in the final. Norway gained compensation four years later, clinching the trophy with a 2-0 victory over Germany.

The USA and Germany have each won two titles since then, with Japan claiming the other following a thrilling penalty shoot-out success in 2011.

The most recent tournament saw the USA end a 16-year wait to win their third World Cup with a comfortable 5-2 victory over Japan in Vancouver.

Nine stadiums will host the 2019 Women’s World Cup, including three which were used at the men’s European Championships in 2016.

That trio is located in Lyon, Nice and Paris, with venues in Montpellier, Rennes, Le Havre, Valenciennes, Reims and Grenoble completing the line-up.

Hosts France were handed an automatic qualification place, while the other 23 teams have progressed through a qualification tournament.

The USA, Brazil, Germany, Japan, Nigeria, Sweden and Norway have qualified for their eighth World Cup, continuing their streak of qualifying for every tournament to date.

The teams have been drawn into six groups of four, with the top two in each and the four best third-placed sides advancing to the round of 16. The groups are as follows:

The group stage is a single round robin, with the knockout rounds single elimination matches. The knockout stage features a round of 16, quarter-finals, semi-finals, a third-place play-off and a final.

In the knockout stage, if a match is level at the end of 90 minutes, extra-time of 30 minutes will be played and each team is allowed to make a fourth substitution. If still tied after extra-time, the match will be decided by a penalty shoot-out to determine the winner.

Many broadcasters around the world will offer live online screening of games throughout the Women’s World Cup.

In the United Kingdom, the BBC will be broadcasting extensive coverage of every game across TV, radio and online.

The Women’s World Cup will be backed by some major international organisations, including Adidas, Coca-Cola, Wanda Group, Hyundai, Qatar Airways and Visa. There are also numerous national level partners for the tournament including Orange and EDF Energy.

The USA are joint-favourites alongside France to lift the trophy and both sides can be expected to go a long way at the tournament.

The reigning champions lost 2-1 against France back in January, but they are unbeaten in eight outings since then and can be expected to put up a strong defence of their title.

France were subsequently defeated 1-0 by Germany, but bounced back with three successive victories and should be a force to be reckoned with on home soil.

Germany are unbeaten in their last 11 matches, although they were disappointing in a recent 2-2 draw with Japan.

England won the SheBelieves Cup earlier this year, claiming top spot in the round-robin tournament ahead of the USA, Japan and Brazil.

They subsequently shrugged off a friendly defeat against Canada with a victory over Spain and could be a big threat this summer.

Netherlands are also worth keeping an eye on, with their confidence boosted by their success at the 2017 European Championships.