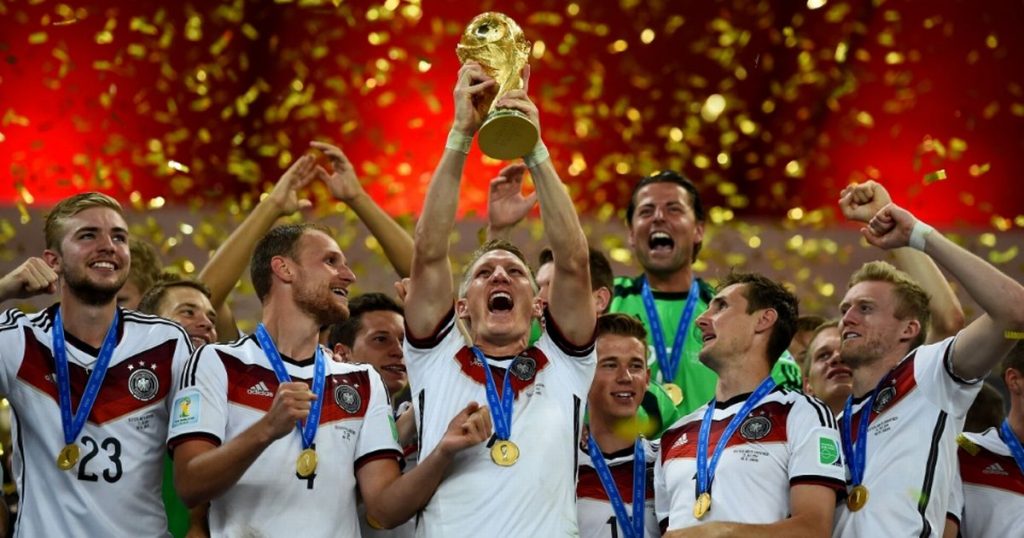 With the World Cup 2018 just around the corner, it is time for punters to put money where their mouthes are and make their predictions.

Almost every major football tournament has upsets and shocks included, with this competition surely set to be no different.

There are a host of things that fans can bet on or make predictions about both before and during the World Cup – but here are some of the favourites.

While plenty of countries will have ambitions of making it down to the last four or eight teams, only a handful of nations will have realistic and concerted hopes of winning the trophy.

This is reflected in the odds for the World Cup winning team, with Germany, Spain, France and Brazil the favourites with the bookmakers.

The holders Germany are loaded with talent and have shown consistently that they have what it takes when the pressure is on in big matches.

Brazil have flair in attacking areas and a newfound defensive solidarity, making them the outright favourites at 4/1.

France were beaten Euro 2016 finalists but have a new generation of fantastic talent coming through the ranks.

However, my pick to win the World Cup in Russia is Spain, who have superstars from Barcelona and Real Madrid in their side, strength in depth and look like good value at 7/1.

Such is the unpredictability of picking a top goalscorer, you are guaranteed to get attractive odds regardless of which player you pick.

Superstar Lionel Messi is favourite with the bookmakers but the Argentina attacker can still fetch 10/1 to win the Golden Boot.

Antoine Griezmann, Neymar and Cristiano Ronaldo are all in hot pursuit and should their respective nations have good tournaments, any of the three could top the scoring charts.

Looking further back at there is real value to be had.

Diego Costa, Thomas Muller and Robert Lewandowski are all paying 30/1, while Sergio Aguero can be found at a tempting 33/1.

However, should Belgium get into the latter stages of the tournament, Romalu Lukaku’s 18/1 odds would be a lucrative investment.

There is always a significant debate over England’s potential to excel at World Cups before the tournament starts, but expectations appear to have been kept relatively in check this time round.

While Gareth Southgate has a young side looking to play enterprising football, it will take a massive effort for the Three Lions to replicate 1966 and win the tournament – which is paying 20/1.

In reality, getting to the quarter-finals would represent a solid return for England and is currently at odds of 15/8.

Ahead of all the action starting on June 14, make sure you have signed up for the Sportslens Predictor Competition in partnership with Superbru.

The game allows you to make your selections ahead of every game, picking your predicted score right up until kick-off.

All players can see what their mates have predicted and keep tabs on how things are progressing in mini-leagues, with bragging rights at stake.

You can also play anywhere by making your predictions on your mobile phone, with the predictor compatible on both iOS and Android.

Don’t delay – sign up for the Soccerlens Predictor competition today.