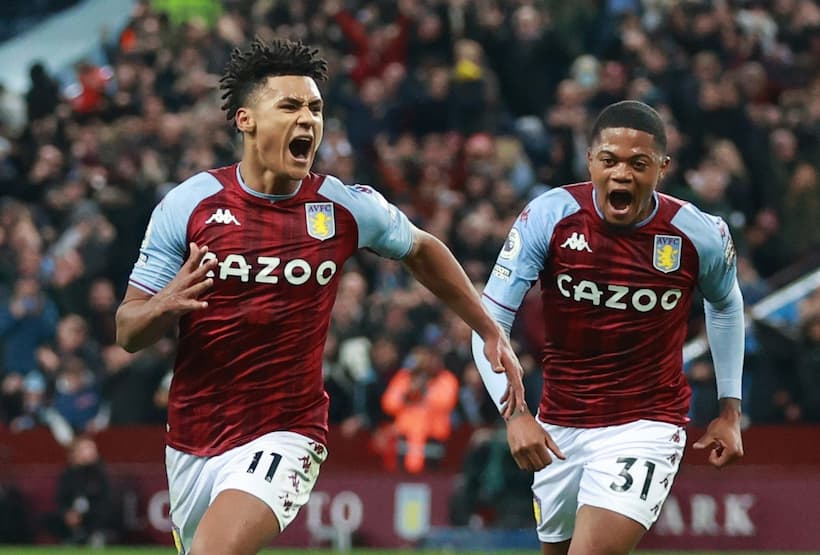 With more great action scheduled from the English Premier League between Tuesday, December 14 and Thursday, December 16, our sports betting expert details a five-fold set of 16/1 BTTS tips and looks at how you can Bet £10 and Get £30 in Free Bets at Betfred.

Betting on the above selection of BTTS betting tips at Betfred provides odds of approximately 16/1 – and a return of £169.48 on a £10 stake.

For more information regarding our picks for this midweek Premier League BTTS Acca, see below:

Five of the last six games between Norwich City and Aston Villa have ended with both teams having scored.

Norwich have kept a clean sheet just once in eight games, and Villa fare even worse in this metric, having kept just one team (Brighton) from scoring in their last 10 matches.

BTTS bets have also yielded positive results in seven of Aston Villa’s last ten games, so we’re banking on this leg ending in a score draw or win for Steven Gerrard’s team.

BTTS wagers have yielded positive results in four of the last six games between London rivals Arsenal and West Ham.

In truth, neither side has seen a recent run of BTTS results of late: Arsenal have seen BTTS results in just two of five games, and West Ham games have ended with BTTS results in three of five, making this a 50:50 bet at best in that sense.

But we’re expecting to see a very competitive game between two London rivals challenging for Champions League spots at the Emirates on Wednesday and, with the likes of Emile Smith Rowe (5 goals), Pierre Emerick-Aubameyang (4), Michail Antonio (6), and Pablo Fornals (4) eager to impress for their respective sides, there’s just an inkling in the office that fans could be in for a bit of a festive treat with this game on Wednesday night…

Patrick Viera’s Crystal Palace haven’t kept a clean sheet home or away in the Premier League in five games and BTTS bets have been successful in three of those same games.

Southampton, too, have seen BTTS results in three of their last five games played.

With this match being a potential relegation clash; given both sides’ lowly league table status, and just the three points between them at present, we’re expecting to see both teams take risks and for the goals to flow in the second half as both sides begin to tire.

As such, something like Crystal Palace 2-2 Southampton seems a safe bet.

Burnley at home tends to be a tightly contested match. But Sean Dyche’s team does ship goals. In fact, BTTS bets have come in during two of the last three Burnley matches at Turf Moor.

Watford, meanwhile, are a BTTS bettor’s dream having scored and conceded in five games straight.

As a consequence of that, expect to see Ranieri’s side score but lose again tomorrow night.

Five of Leicester’s last six games in all comps have ended in BTTS results. The Foxes have scored 13 and conceded 10 in that time. The goals continue to flow but the usually stern Leicester backline continues to struggle.

Under the tutorage of Antonio Conte, the Spurs defense, on the other hand, is becoming much less porous, and attacking players such as Heung-Min Son and Harry Kane are now finding their feet in a new system upfront, too. But, even so, half of Tottenham Hotspur’s most recent games played (4) have ended in BTTS results.

Up against the likes of Jamie Vardy (9 EPL goals) and Youri Tielemans (5 EPL goals) on their home patch, we think Conte’s Spurs might be in for a bit of a reminder as to how tough the EPL can be at the King Power, especially in the first half when Leicester bring the press.

Betting on this selection of English Premier League Both Teams To Score tips (Tue 14th – Thurs 16th December) at Betfred will provide odds of approximately 16/1 – and a return of £169.48 on a £10 stake.

By signing up at Betfred ahead of this week’s selection of Premier League fixtures, newcomers to the site can get £30 in Free Bets and 30 Free Spins at the casino just for placing a £10 qualifying wager.