For the first time in as long as I can remember, a football match of such importance not only lived up to but far surpassed any hype which preceded it. The build up for yesterday’s Champions League climax was palpable. That it was an all English final gave the British media something to chew on given the lack of home country participation in the European Championships. That made it even more significant from their perspective ; this was the pinnacle of their season, their last attempt at reminding the good British people that we do in fact have a domestic football product to be proud of.

That this was the first ever all English Champions League final only added to the pre match drama that has been unfolding for weeks. Manchester United and Chelsea, the current ‘Big Two’, going head to head again for the richest prize in the business…with the world watching. It could only end up as an anti climax, surely?

What a viewing spectacular it was, for fans of either side, neutrals and even the non football supporting public alike. This was entertainment at its finest, showcasing what we already know to be the beautiful game to an otherwise oblivious audience. Mums who usually take time to iron whilst husband and son watch ‘the match’ were seen teetering on sofa arms as Drogba hit the post from 25 yards. Girlfriends who spent evenings on social networking websites in the past left the laptop to the side and joined the boyfriend who grimaced as Ronaldo saw his penalty saved. All around the country people were joined together. Not in support of either Manchester United or Chelsea necessarily, but as fans taken on the glorious proverbial roller coaster that only live sport, and dare I say football specifically, can provide.

Forget the quality of the technical side of the game that was on offer — I’ll come to that in a moment — last night was all about entertainment. Chelsea fans may scarcely agree with me, but I will go on record as saying that football reached out to the masses, grabbed them by the collar and gave them a white knuckle ride that many will never forget. I know I won’t. Football is the beautiful game. I know that and you do too. But waking up this morning, perhaps…just perhaps, there will be more converts all around the globe. And if so, then surely, the real winner was football on a night that could forever define a legacy.

Some had called this a meeting of Beauty and The Beast ; the free flowing, incisive and attacking football of Manchester United coming up against the Chelsea machine — efficient if a little ugly. A little harsh perhaps, but to be fair to both sides, each played to their strength and enjoyed their success off the back of that. Manchester United showed their intent from the off — playing two conventional wide men in Hargreaves on the right and Ronaldo on the left, and two semi-conventional centre forwards in Rooney and Tevez. Ferguson never goes 4-4-2. Ever. So to best summarise this system I will refer to it as a 4-4-1-1 when in possession but in reality it was more a 4-5-1 during transition and when Chelsea were in possession.

The first twenty minutes went to plan — cagey, neither side wanting to give too much away and really it was, pardon the overused analogy these days, like two fighters sussing the other out and searching for a weakness that could be exploited later in the contest.

Manchester United love to play out from the back — goalkeeper plays to centre back and then one of either Scholes or Carrick will drop into space and look for the short ball. From here they will launch an attack, either a lofted diagonal ball looking for a runner in behind or simple into feet. They were given too much time to do this, Chelsea sat off, didn’t press and lay too deep as a defensive unit, allowing two excellent passers of the ball something they should never be given. Space. With space comes time; time to get the head up, see what’s around and as a result make correct decisions. These two, Scholes in particular, were the base on which the Utd attack was built in the first period.

He had two willing runners out wide in Ronaldo and Hargreaves and his link up play led to the opening goal, a delightful first time flick to Wes Brown who delivered a deep and probing cross for Ronaldo to attack with venom and finesse in equal measure. Being critical, I have to say that Essien (who sprung to life in the second period) was guilty of ball watching and falling into the trap of NOT following the process that every good fullback should. Ball — Man — Ball. However it would be wrong to take anything away from the goal which was deserving as it was well executed from start to finish.

Chelsea were guilty of allowing Utd to play to their strengths and that cost them. They themselves were always going to play direct and look to test the two centre backs and although Drogba got some mileage out of Vidic in the early exchanges, he always looked decidedly off the pace. As a lone striker you have two principal tasks. Firstly you must challenge aerially, look to win those first balls and win possession. In this respect I give him a 5 for effort.

The second key aspect of the role is to bring teammates into the game and this is something that he struggled to do, perhaps very costly in hindsight. The width of the attack, Cole and Malouda spent much of the first half as viewers and their impact on the game was minimal at best. To some extent, given the system of play, Drogba is responsible for involving them in the game with little give-and-go’s and balls into the channel to chase. This was lacking and Evra and Brown were given little to test them in the first period.

The Chelsea goal, as fortuitous as it may have seen, just embellishes their reputation as a side who have the toughest mental attitude in world football. You see, what made this game so special on the night was that each side dominated in periods and they did so when they played to their strengths. Man United in the first half kept possession, passed the ball well and looked to attack. They were on top without question. In the second period Chelsea upped the tempo of their pressing game, they gave United less time to play and as a result possession was turned over more often. From here their midfield was allowed to come into the game more. Lampard and Ballack got more of the ball and their attacking thrust was revived. As a result Scholes, Carrick and the Utd midfield were reduced to defending for long periods rather than serving as ball players as they had in much of the first half.

Star man for me? Well Hargreaves must get a mention for his hard work down the right flank and then when he tucked into a central role. Ronaldo showed discipline out on the left and provided width throughout the game which stretched the Chelsea defence and gave Tevez and Rooney space in which to play. For me personally though, the accolade will be shared between two squads of players who gave us as entertaining a football spectacle as I can remember.

Yes at times it was a war of attrition and there was some sloppy play in periods, but what it lacked in flowing, incisive technical football, it made up for in thrills and spills. A memorable final, one that deserves its place in the spotlight for quite some time to come. 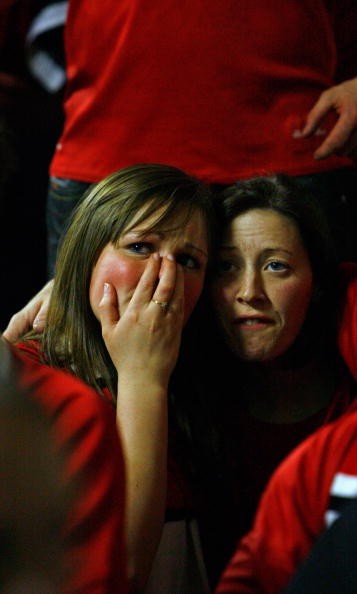 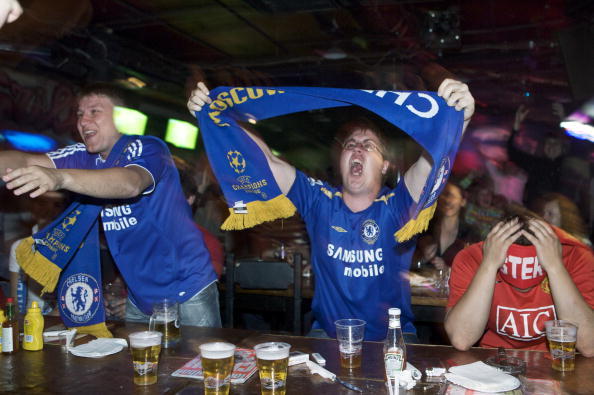 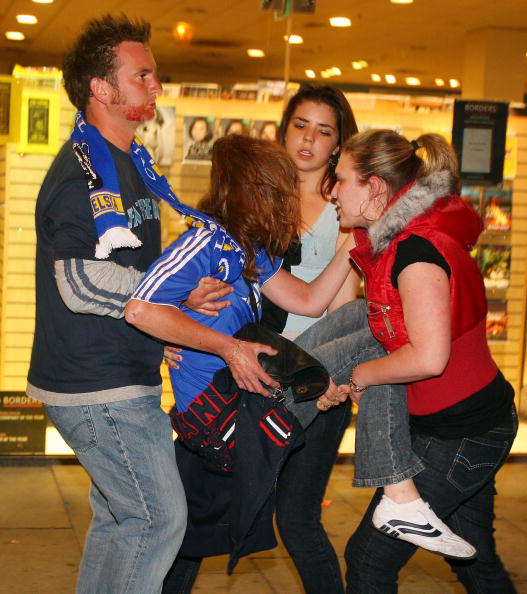