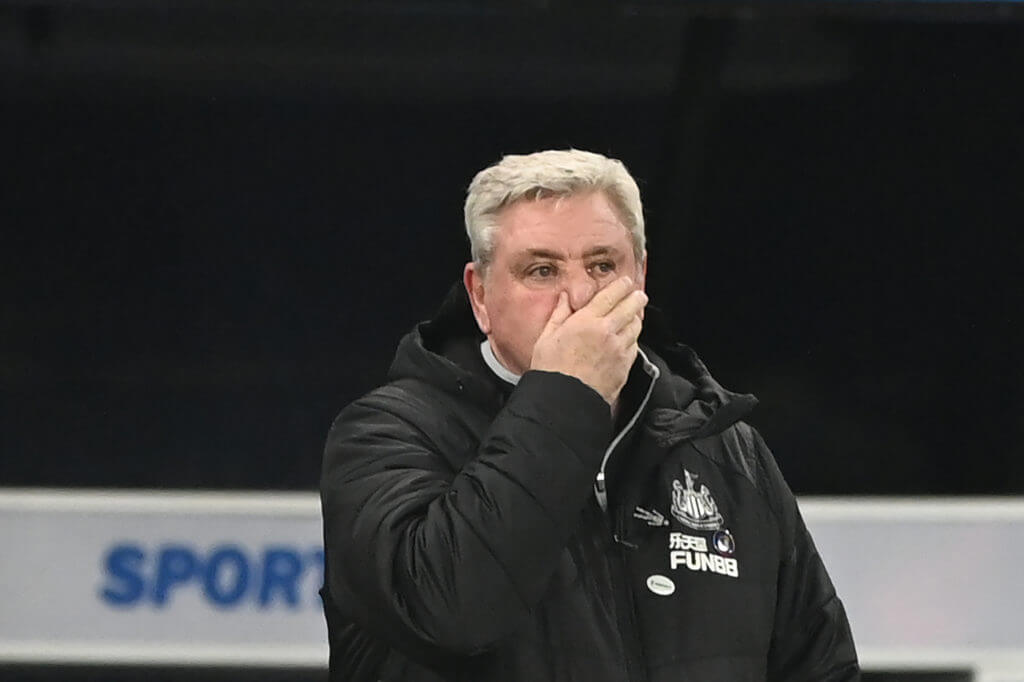 Newcastle United manager Steve Bruce is confident that the club can sign one or two players before the end of the window.

The Magpies are without a win in their last 11 games in all competitions, and Bruce’s job could come under threat if they lose against Everton on Saturday at Goodison Park.

Bruce has revealed that a lot of clubs are struggling financially at the moment.

The Newcastle boss has admitted that the Magpies are interested in Leicester City midfielder Hamza Choudhury, and he is hopeful that there will be a few signings this month.

Many Newcastle fans are perplexed by Bruce’s mention of Championship clubs in his presser while commenting on financial struggles.

Bruce is not a popular figure among the Newcastle fans who once again were not happy with the club’s approach in the transfer market.

Why mention championship teams? We shudnt be competing with them for loan signings

So many to pick from but nobody has mentioned this yet….

Says he won't mention other teams players…. but yes we like Choudhary. 🤦🏻‍♂️ Words fail me.

how can the club be patient in its recruitment policy, we are on the verge of relegation, the level of play is the worst in the premier league but they are patient as if we were in the Top 6.

I have totally given up now, just don't see any way we are going to change, n I'm preparing for the worst 😭

Comparing the situation the club is in to clubs in the Championship. That's ambition right there!

Is Bruce targeting players from the Championship?

Earlier this month, Keith Downie claimed that Newcastle are interested in signing Choudhury on loan this month.

The 23-year-old Leicester midfielder has struggled for regular game time this season, and he would be a very good signing for the club.

Brendan Rodgers also admitted that the homegrown midfielder has found it difficult to break into his squad this season.

Signing a striker or an attacking midfielder is also a priority for the Magpies. They were heavily interested in Jesse Lingard but he has joined West Ham United instead.