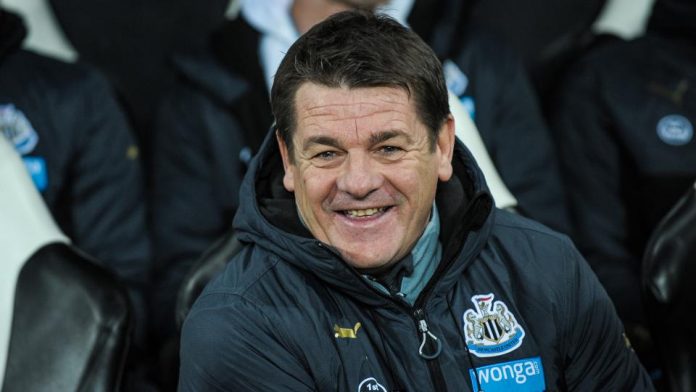 Newcastle United announced yesterday that John Carver would become the permanent manager of the team until the end of the season. Carver has been in charge as an interim manager since Alan Pardew departed for pastures new at Selhurst Park. Whilst Carver appears to have the full support of the playing staff at Newcastle, the club’s fans seem a little less convinced. As usual, twitter provided the platform for a number of reasonable and constructive opinions.

The fans backlash was not so much aimed at Carver as Mike Ashley. The Magpies fans are perfectly happy with Carver in his role as assistant but do not feel he is a suitable choice to take over the reigns as permanent manager of the club. Ashley, who is renowned for his parsimonious nature and Newcastle fans see the move as a typical method of cost-cutting by the owner of the Sports Direct retail company. The contract which will only run until the end of the season is very unlikely to be extended beyond that point. Most news outlets suggest that Frank de Boer is Ashley’s pick for the job, however de Boer has stated that he will not leave Ajax mid-season and as such, it’s likely that we will see Newcastle make a move for the Dutchman in the summer.

Disgruntled Toon fans point to Carver’s record as a caretaker manager when justifying their dissatisfaction with the distinctly underwhelming appointment. In the four games since Pardew’s departure, Carver has lost three and drawn one. Meanwhile, whilst Pardew was forced to sit in the stands earlier in the season for seven games, Newcastle won just once, scoring only two goals and conceding fifteen. Such stats make for grim reading for the Geordies but perhaps the situation is not quite as despairing as it may seem. In Newcastle’s three league games under Carver they have faced Burnley, Chelsea and Southampton. Despite only taking one point, Newcastle’s performances were far from totally discouraging.

Against Chelsea, Newcastle dominated large parts of the game and should really have been ahead during their spell of dominance. It was only a momentary lapse in concentration which saw Chelsea capitalise on a poorly defended, quickly-taken throw in which gave the Blues the lead. Likewise, Newcastle edged a tight encounter with high-flying Southampton but failed to make their chances pay and eventually lost the game. It has been clear in all of the game’s Carver has managed that he has the full support of the Newcastle players who look to be giving their all for Bobby Robson’s former assistant.

Furthermore, even if Carver does prove to be inadequate in stepping up to the top job, the consequences are unlikely to be particularly detrimental. Newcastle currently sit in 11th place, 8 points above the relegation zone. It would take a collapse of cataclysmic proportions for Newcastle to be in any danger of the drop. Now out of the cup competitions and in the midst of a fairly unremarkable season, a drop off in form under Carver is unlikely to prevent the club from achieving either. At worst, the club would miss out on some valuable revenue that comes with finishing higher up in the table.