Upon hearing of the Daily Mirror‘s nefarious plans to sell off a couple of his prized Spanish assets behind his back yesterday, Liverpool owner John W Henry has this morning felt the need to illustrate his determination to hold onto the squad’s cornerstones, whilst refuting the idea that he will have his pitchin’ hand forced into selling them off to the highest bidder come January.

Speaking to the Liverpool Echo, Henry (which, for some strange reason, I am still pronouncing as if it were Thierry’s surname) said:

“We have recently read stories about our intentions for the forthcoming January transfer window and have a sense of humour about this type of inevitable speculation.

Stories about our top players leaving are destructive and unwarranted but we realise that this kind of speculation is also common.

We intend to build on the strength of the current squad, not undermine it. And I can reassure our supporters that we have no intention of allowing the team to be weakened going forward.”

As defiant as Henry’s stance may be, it would appear that he is going to have to put an awful lot on the plastic over the coming months, especially if he has any hopes of meeting the high expectations of Liverpool’s more ambitious players and supporters – which are still verging on the unattainable despite the club’s recent slide into relative ignominy. 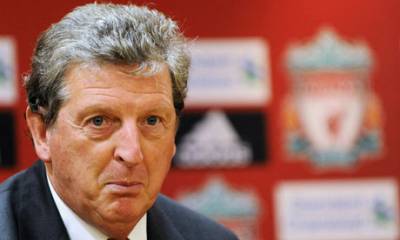 In a lengthy interview (also with the Echo, and published a few hours before Henry’s) Liverpool manager Roy Hodgson revealed that he is currently in the process of drawing up plans for the January transfer window, despite NESV previously telling him that they intended to spend cautiously until the summer at the earliest:

“If we want the right quality, we have got to be prepared to pay the right price. The owners know that perfectly well. We have got to make certain that if we go out and spend £20 million, we are getting a £20 million player.

We want to be attracting the players that Barcelona, Real Madrid and Inter are chasing. It would be nice to think that we can shop at a high level.

I’m like all managers in that I’m wary of the January transfer window. I think it can be dangerous as clubs try to correct mistakes. But, having said that, we are going to very interested in trying to improve our squad in January.

There is no question about that. I am sure we will sign players.”

“I think you can pay an awful lot of money for poor players and you can pay not very much money for very good ones – it is all to do with how good your scouting and your eye is.

There are a lot of things here that the club has got to get right. We have got a lot more expensive failures on our list than good players that we have brought in for next to nothing.

All of which seems a little rich from a man that fluffed four of your Sterling millions on Christian Poulsen, but hey-ho. 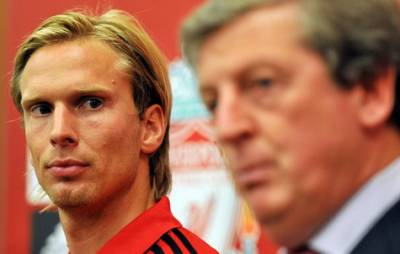 The last word must go to Henry, who rounded out his interview with the Echo by declaring that, although NESV may be the greenhorns of the Premier League market, they will not be taken for chumps as far as inflated transfer fees are concerned:

“As everyone knows we are new to English football, but not to sport, and we are studying all options. Opportunities and value will drive spending in January and in the future.”

And in closing, a final piece of good old-fashioned ‘playing to the gallery’:

“Our clear focus from day one of our ownership has been – and will be – to improve the club and focus on what it will take to put Liverpool FC consistently in a position to challenge for trophies.

We intend to build this club the right way.”

…just like Hicks and Gillett did. Three years ago, they both believed in ‘the future of the club’ as well.