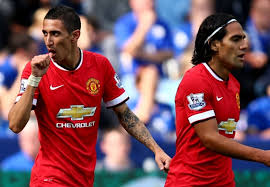 Chelsea manager Jose Mourinho has revealed that he had an opportunity to sign Manchester United stars Angel Di Maria and Radamel Falcao, before the duo joined the Red Devils.

The Argentine international joined Louis van Gaal’s side for a British record transfer fee of £57.9m from Real Madrid in August. Meanwhile, the 20-times English champions also added the Colombian international to their squad after signing him on a season-long loan deal from AS Monaco.

Di Maria and Falcao are in the top earners list at Old Trafford and the Portuguese tactician admitted that Chelsea had to pass on the opportunity to sign the star duo due to their high wage demands.

“Jorge told me Di Maria and Falcao are his players and he has to find solutions for them,” Mourinho said in the book The Key to Mendes.

“But if Chelsea doesn’t have the financial capacity to pay eight, nine or €10m a year, because of [financial] fair play, of course Mendes has to think about his players.”

“We couldn’t bring Falcao or Di Maria because I didn’t want to, either. I can’t have a player earning €10m when others earn three, four or five. That would have caused an explosion,” Chelsea manager added.

The Blues added Cesc Fabregas and Diego Costa as the star players to their squad. The Spanish international duo have been in fine form Chelsea and have been instrumental in helping them sit on top of the table.

Meanwhile, Di Maria and Falcao have struggled to adapt in the Premier League as injuries, coupled with poor form has seen them struggle. It should be seen if both the players will shine for United in the second half of the season, now that they are back from injuries.