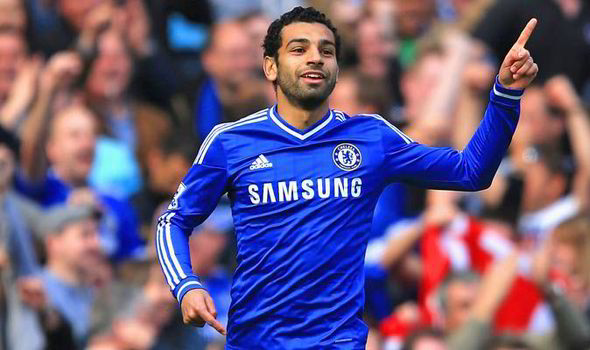 Mohamed Salah’s arrival at Chelsea last January was greeted with a lot of relief by the fans. The Egyptian had proven to be a scourge in the Blues’ backline over the last couple of seasons while playing for Basel, scoring three times in two victories for the Swiss side. Chelsea though, addressed the problem just like they have several times before – by simply buying the player to stop from inflicting further damage on them.

The £11 million deal also meant that Chelsea had beaten the likes of Liverpool and Tottenham to Salah’s signature. The 21 year-old was a big prospect for the future, and it was expected that he would slowly but surely become a regular at Stamford Bridge.

One year on, and all Salah has managed in the Premier League is 13 appearances and 2 goals. There are two sides to this argument. While some fans believe that Mourinho has been harsh on the winger and simply not given him a fair run in the team, there are others who believe he is just not good enough. In the limited playing time that he has received, mostly in the Cups, Salah has failed to impress the boss enough for him to play in the big competitions.

Yesterday, against Watford in the FA Cup third round, he was left on the bench, and wasn’t given a single minute on the pitch.

Interest from an old foe:

While his performances at Chelsea have been below-par, there is hardly any doubt over the quality that he does possess. His lightning-quick pace and ability to take on a defender is well-known, and hence, there are several clubs lining up to relieve him of his misery in West London.

Spanish newspaper AS recently reported that David Moyes was interested in bringing Salah to Real Sociedad in January. Previously, Inter Milan had expressed their interest in signing the Egyptian on a loan deal.

It is therefore, quite apparent that Salah’s brand-value has not fallen too much over the last year despite his restricted time on the pitch.

Should Mourinho let him go?

Salah is going to have to do a lot to have any chance of becoming a regular at Chelsea in the near-future. Eden Hazard, Willian, Oscar and Andre Schurrle are all ahead of him in the pecking order, and with Mourinho preferring to keep a consistent starting XI, Salah’s chances are going to be few and far between. 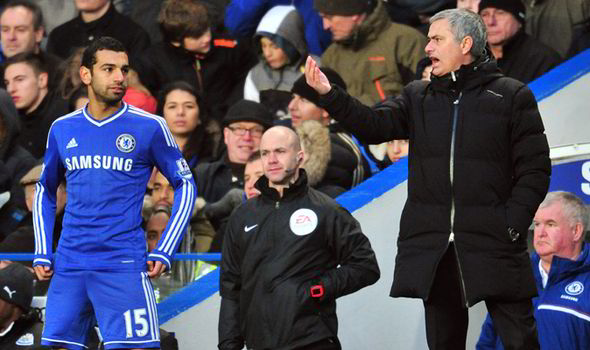 It may therefore, be a good option to loan the winger out for a year or so to enable him to gain some much-needed match experience. He has looked rusty whenever he has been called on, and that is understandable seeing that he only gets a game every month or so.

The Blues have been accused of wasting talent in the past and that is something that Mourinho will certainly not want to do with Salah. The youngster has a bright future ahead of him and lack of regular football will only hamper his progress. A move away from Stamford Bridge, either in a loan deal or a permanent one, may therefore be in the interest of all parties involved.