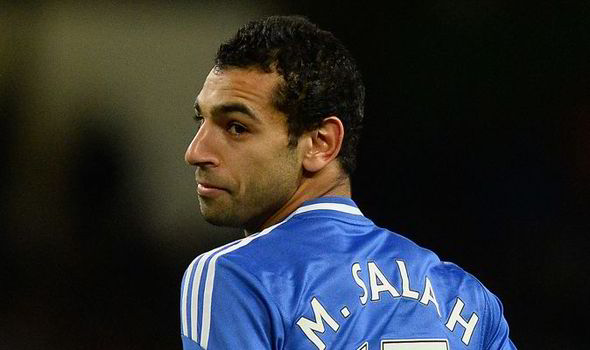 Serie A giants Inter Milan could approach Chelsea again for the signing of Mohamed Salah on loan during the January transfer window.

The Italian giants are currently languishing 9th in the Serie A and have recently appointed Roberto Mancini as their new manager replacing Walter Mazarri. The former Manchester City manager wants to replace the club’s 3-5-2 formation with a 4-2-3-1 system and finds PSV’s Zakaria Bakkali and Chelsea’s Mohamed Salah as perfect fit in his plans.

The problem is Inter can hardly offer their new manager a huge transfer outlay to operate in January. At best, Mancini can expect to sign some good players on loan in winter.

Inter have been linked with a move for Liverpool striker Fabio Borni and Joel Campbell, but the Nerazzurri could also make a move for Salah.

Italian newspaper Tuttosport claim that Salah had been already offered on loan before, but Inter rejected the offer then because he wasn’t considered fit in Mazarri’s plan, however, with Mancini in charge the Egyptian attacking forward/winger could come into picture again and that the loan move can go through.

Chelsea signed Salah from Basle for a reported fee of €15m last January with the winger being tied with a contract till 2019. Salah is struggling to get regular games at the moment and therefore a loan move would be perfect for him.

However, one cannot help but think that Salah’s Chelsea future will be more than over at the Bridge once he is farmed out on loan. When was the last time a Chelsea player going out loan have returned back and represented the club for a considerable period? Check history book again.

The plan is simple. Tried and tested formula. If Salah plays well at Inter, his market value will increase and therefore Chelsea can sell to other clubs at a higher price, a la Romelu Lukaku scenario. Otherwise, the option of sending him on loan again & again is always there.