This was a week of surprises for the MLS. Opening weekend, officially known as MLS First Kick 2008, was riddled with surprise results and courageous showings by supposedly inferior sides.

Columbus Crew 2 v 0 Toronto FC (2-0)
I have to say I’m impressed with the progress Toronto FC have made. Two counter-attacking goals from Columbus couldn’t disguise a gutsy Toronto performance, especially in the second half.

Réal Salt Lake 1 v 1 Chicago Fire (0-1)
A Bakary Soumare own goal in the 71st minute, followed by a Cuauhtémoc Blanco shot inside the far post in stoppage time were the bright spots in a heated match. Both teams looked equally rusty in their first match of the season, failing to connect a lot of passes.

New England Revolution 3 v 0 Houston Dynamo (1-1)
The Revolution have continued their good run against Dynamo in the regular season, never losing to Houston before the playoffs. Steve Ralston picked up a shoulder injury, which will worry New England because of his importance in the squad.

Kansas City Wizards 2 v 0 DC United (1-2)
Claudio López fulfilled all expectations and scored in his first match, while having several chances for a multiple goal match. DC will be disappointed to lose after their successes in the Champions Cup.

That’s not a typo. Colorado, exploding for three goals in the second half, destroyed the Galaxy. Abel Xavier of LA and Ciaran O’Brian of Colorado picked up red cards at the end for separate terrible tackles.

FC Dallas 1 v 1 Chivas USA (1-3)
This Sunday match capped the weekend of MLS surprises as Chivas failed to put away a much less experienced FC Dallas side. Maykel Galindo of Chivas took over right where he left off after his injury last season, scoring the LA side’s only goal.

In keeping with the old Football League tradition, I see no point in publishing any league tables until after the third match of the season.

This is a rematch from the playoffs last. Look for Chicago to come out strong at home after a disappointing draw in Utah.

Los Angeles Galaxy v San Jose Earthquakes
This is the old California derby, showing its first edition since the Earthquakes disbanded in 2005. It should be a heated affair.

Red Bull New York v Columbus Crew
New York’s first match of the season comes after the Crew had a tough time containing an exciting Toronto team on the weekend.

DC United v Toronto FC
As good as the Canadians were in their first match, look for them to come out confident against a DC side that lost on the road to Kansas City.

Two teams that recorded surprise victories the first time around (Colorado in emphatic style). This should be fun to watch.

Chivas USA v Réal Salt Lake
After a disappointing result in their first match, Chivas will come out much stronger at home the second time around.

Houston Dynamo v FC Dallas
This is the Texas derby, and will provide a lot of emotion from both sides. However, Houston’s quality should show through in this match.

My predictions in the second week may be just as wrong as the first week if the surprises continue, but that will just make for an interesting season. In the interest of entertainment, I hope the unpredicted continues to happen. 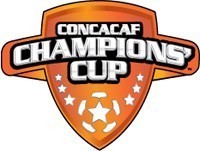 CF Pachuca (Mexico) v DC United (USA)
Last season, Pachuca were very successful against American opponents. They won the SuperLiga, defeating the LA Galaxy in the final on penalties and knocked Houston Dynamo out of the Champions Cup semi finals in extra time. However, DC found goals in unexpected places in the quarter finals to knock Harbour View out of the competition. Look for a heated, highly entertaining first leg on Mexican soil.

Houston Dynamo (USA) v Deportivo Saprissa (Costa Rica)
Saprissa are not generally known as a powerhouse club, but when it comes to this competition, they always manage to do very well for themselves. In 2005 they won the tournament and made it to the semi finals in 2006 before failing to qualify last year. Houston defeated an obviously inferior CSD Municipal side in the quarter finals, but they should not expect to see the same from Saprissa.

From seeing my predictions in the quarter finals, I can definitely say that the Champions Cup is anything but predictable. Any team can beat any other team, but in the semi finals, expect the quality clubs to really distinguish themselves as they fight for a spot in the final, and a chance to represent North America at the 2008 FIFA Club World Cup.

All things considered, this will be an exciting week of soccer stateside. Also look out for my first weekly journal entry as I begin pre-season training with my semi-professional club here in Seattle.