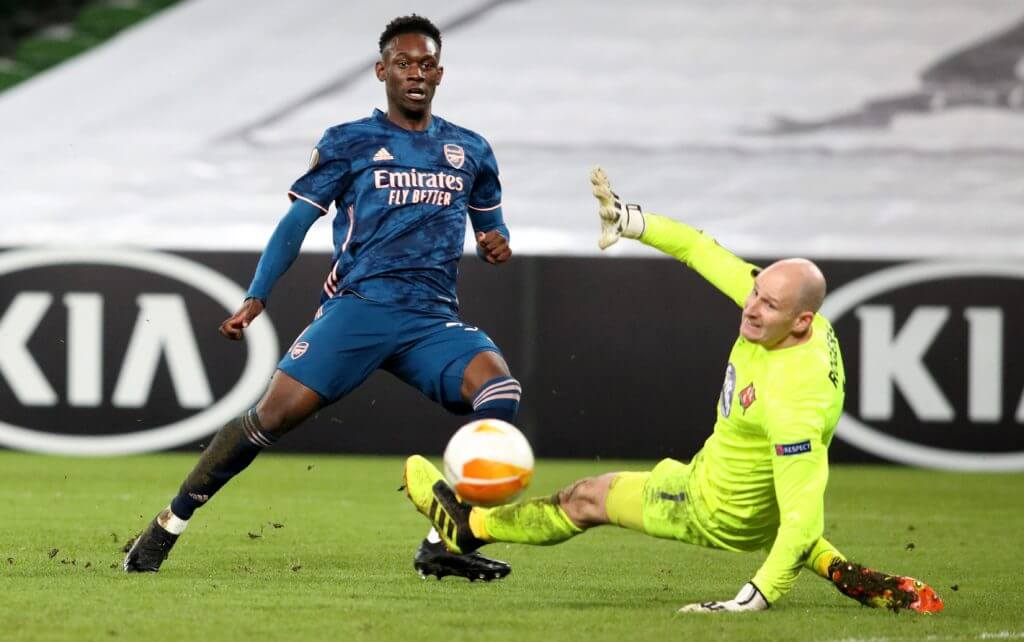 Mikel Arteta has confirmed that Arsenal youngsters Reiss Nelson and Folarin Balogun could feature against Manchester City in the EFL Cup clash on Tuesday.

The Gunners will be without striker Pierre Emerick Aubameyang for this game, with the Gabon striker still nursing his muscle injury. The 31-year-old didn’t play in the 2-1 defeat against Everton at Goodison Park, and Arteta has confirmed that he will need another scan in the next few days.

When asked about whether Reiss Nelson and Folarin Balogun could be available for this game, Arteta has replied: “They’re a possibility.”

The Gunners are struggling badly in the Premier League and find themselves in the bottom half of the table. The cup game comes as a welcome relief for them, but another defeat will add more pressure on the Arsenal boss.

Balogun has impressed in whatever little opportunities he has got. The 19-year-old forward has managed four substitute appearances in the Europa League campaign this season. He has managed two goals, and looks an exciting prospect for the Gunners.

Nielsson has played in the Premier League already, and he is another youngster with tremendous potential. The 21-year-old versatile attacking midfielder has managed one goal and an assist in the Europa League campaign this season, and he should expect some game time against City.

However, it is highly unlikely that the duo will start against Pep Guardiola’s side in today’s cup clash. Eddie Nketiah started in the last game against the Toffees, and although he didn’t make any big impact, he is likely to retain his place. Alexandre Lacazette remains another option for the Arsenal boss.