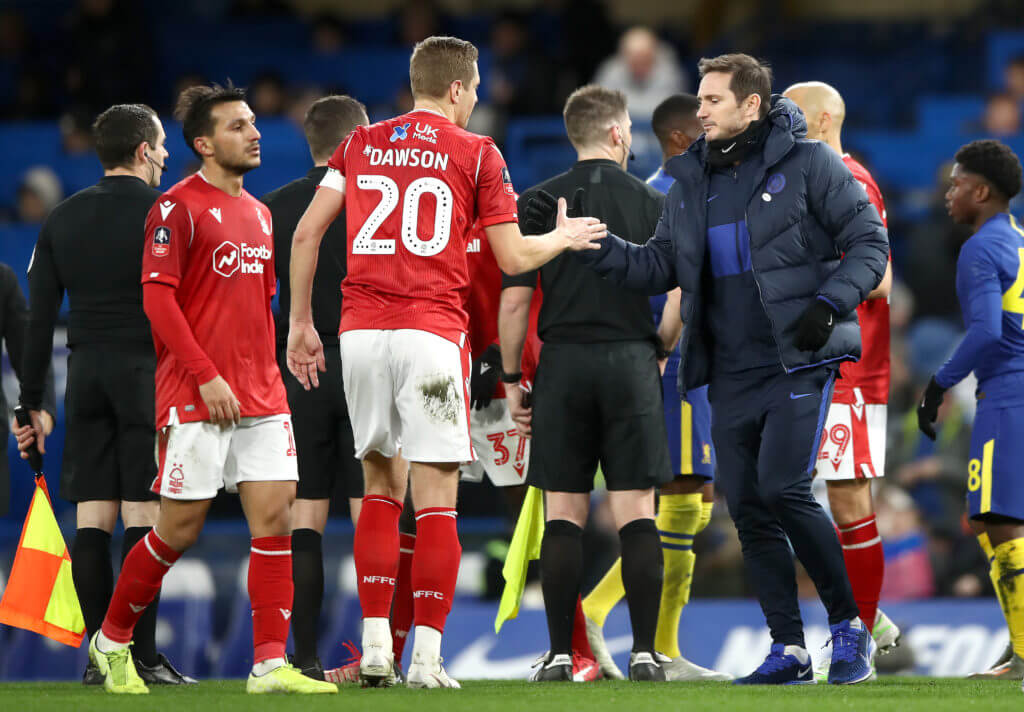 Nottingham Forest defender Michael Dawson doesn’t think Leeds United and West Bromwich Albion should be promoted before the completion of the 2019-20 season.

Leeds United are leading the Championship table with just one point ahead of second-placed West Brom. Nottingham Forest find themselves fifth in the table, 11 points behind Leeds, but they have a good chance of securing promotion to the Premier League as well with nine games left to play.

Many have suggested that Leeds and West Brom should be the only two teams to earn promotion from the second-tier and that there would be no relegation from the Premier League given the Coronavirus pandemic.

When this suggestion was put forward to Dawson, he said that the season must be completed at all means. He was baffled by the idea of the top two teams going up.

“That is all ifs and buts,” Dawson told Sky Sports. “For me, I think the season will finish at some point, it has to finish, in my opinion.

“I don’t know how you can just say with nine games to go that the top-two teams get promoted and go on like that. That for me is impossible to happen.

“Look, whenever it may finish in September, October, November, we haven’t got a timescale. But the game, for me, have to finish in whatever way and the capacity it can be.”

Football has been postponed till the end of next month, but given the current global health pandemic, it doesn’t look like situation will return to normal anytime soon.

There’s no doubt that Leeds and West Brom have been the two standout teams this season, and both deserve to go up, but it would be wrong to hand them promotion when there are still nine games left to play. At the same time, declaring the season void, as many have suggested, is also a bad idea.

Dawson is absolutely spot on that the season must be finished, as the Championship is very unpredictable and anything can happen.