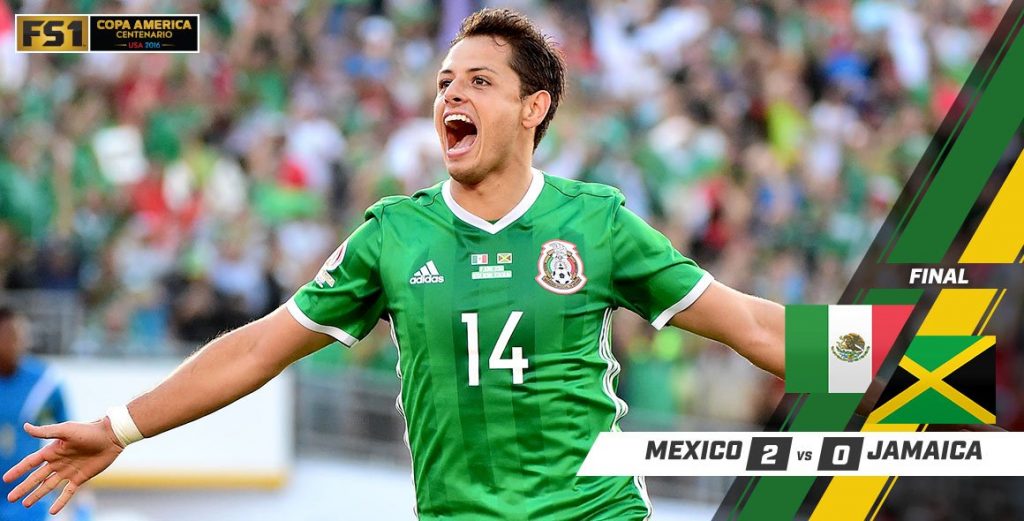 Mexico are through to the quarterfinals after winning 2-0 against Jamaica in the Group C Copa America 2016 game at Rose Bowl in Pasadena in front of an 83,263 sell-out crowd on Thursday.

Former Manchester United striker Javier Hernandez gave Mexico the lead in the first half when he guided his header into the net. It was his 45th goal for his country and he is just one goal away from tying all-time leading scorer Jared Borgetti.

Jamaica created several excellent goal scoring opportunities and should have scored at least one goal from the match. And they had a strong penalty appeal turned down as well.

With just 10 minutes from time, Jamaica’s all hopes were faded when Oribe Peralta scored a brilliant goal with his left foot. Not only it proved to be the winning goal of the match but ensured Mexico qualify to the quarterfinals from Group C along with Venezuela.

Mexico maintained their impressive performance this year taking their unbeaten run to 21 games. How far can they go from here? But, El Tri fans will be happy to see Chicharito getting back to his goal scoring form again.