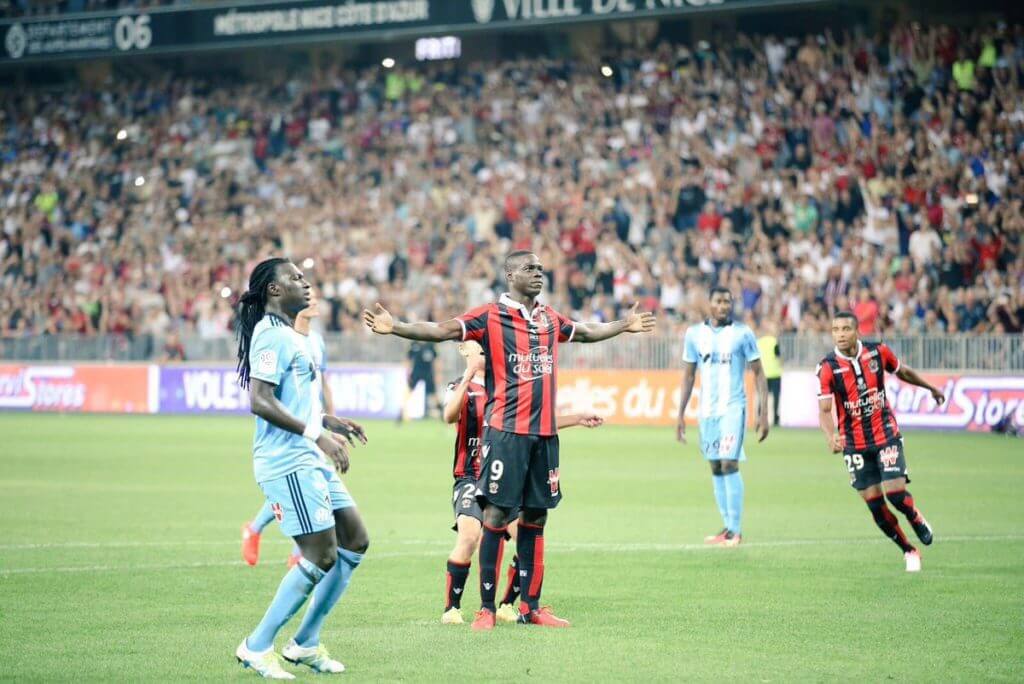 Mario Balotelli’s career appeared to be in permanent decline after disastrous spells at Liverpool and A.C. Milan, where he managed just 2 league goals. However, his decision to move to Nice appears to be an inspired choice.

Many had questioned whether Balotelli’s career at the top level of European football was over when Liverpool allowed him to move on a free transfer to Nice. But since arriving in Nice, he seems revitalised. He appears to be enjoying football again and playing with newfound freedom and confidence. This had been sorely lacking over recent seasons.

Consequently, Balotelli has managed to score 6 goals in his first 5 games for Nice. Already, the goals he has scored have been match winning like his 86th-minute strike against Lorient. This victory took Nice to first place in Ligue 1.

Also, he scored twice in both of Nice’s French Riviera derby victories over Marseille and Monaco. This instantly made him a fan favourite. His performance against Monaco in particular — a strong side who beat Tottenham away in the Champions League — showed he still has the talent to play at the highest level.

Balotelli’s upturn in form since his move to Nice mirrors that of another enigmatic, unfulfilled talent: Hatem Ben Arfa. He was able to show the world his undoubted ability during a fruitful spell at Nice last season. He scored 17 league goals which was the best tally in his career. Many pundits considered him to be the best player in the French League last season. These performances led to a transfer to France’s biggest club, Paris Saint-Germain.

If Balotelli can maintain his current level of performance like Ben Arfa was able to last season, it will not be long before one of European football’s best teams decide to take another chance on him. He is too talented not to take the risk and will be just 27 years of age at the end of the season.

This can be the start of the most successful chapter of Mario Balotelli’s career.