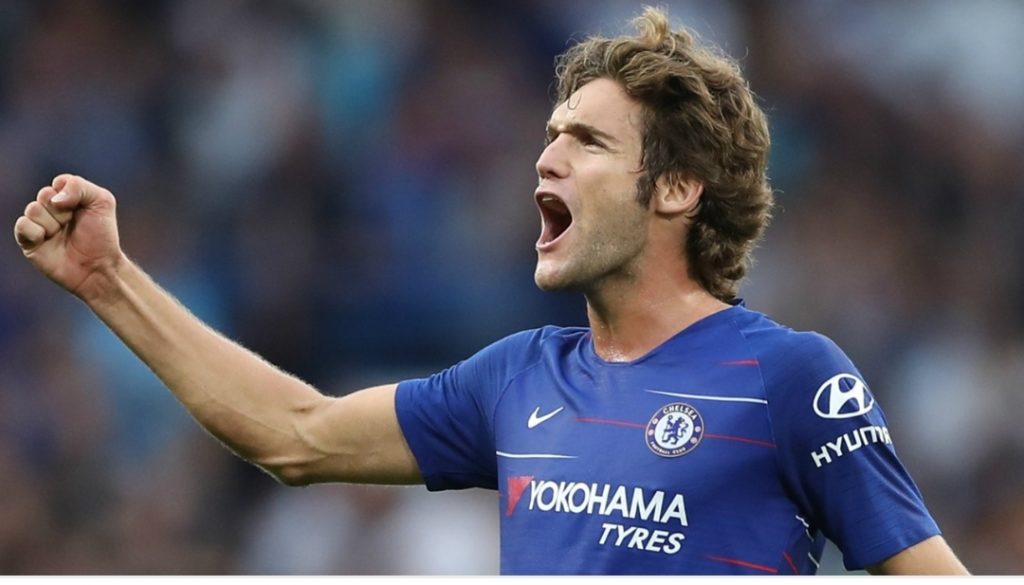 Chelsea have announced left-back Marcos Alonso has signed a new deal to keep him in West-London for another five years.

The Spaniard joined The Blues during the summer of 2016 for a fee of £24m.

He has gone on to make a total of 92 appearances, winning both the premier league and FA Cup.

Alonso’s defensive capabilities have been questioned by blues fans. Some see him as a weak link.

His attacking ability contrasts the negativity as the Spanish international offer a lot more going forward having switched to a more advanced wing-back role under Antonio Conte.

The 27-year-old also has a keen eye for goal, netting 15 times, and is particularly useful from dead-ball situations.

On signing the deal to keep him at the club until 2023, Alonso told chelseafc.com:

I am so happy to stay here longer and to keep playing for one of the best teams in the world. It’s been a very good two seasons and I am looking forward to more.’

Alonso started his career at Real Madrid. Failing to make it as a regular he enjoyed spells at Sunderland, Bolton and Fiorentina before his move to Stamford Bridge.

Keeping a player of Alonso’s caliber is a huge sign that The Blues are keen to ward off interest from other suitors. Former club Real Madrid were linked with a potential swoop during the summer.

Chelsea will now want to do the same with regards to key man Eden Hazard.