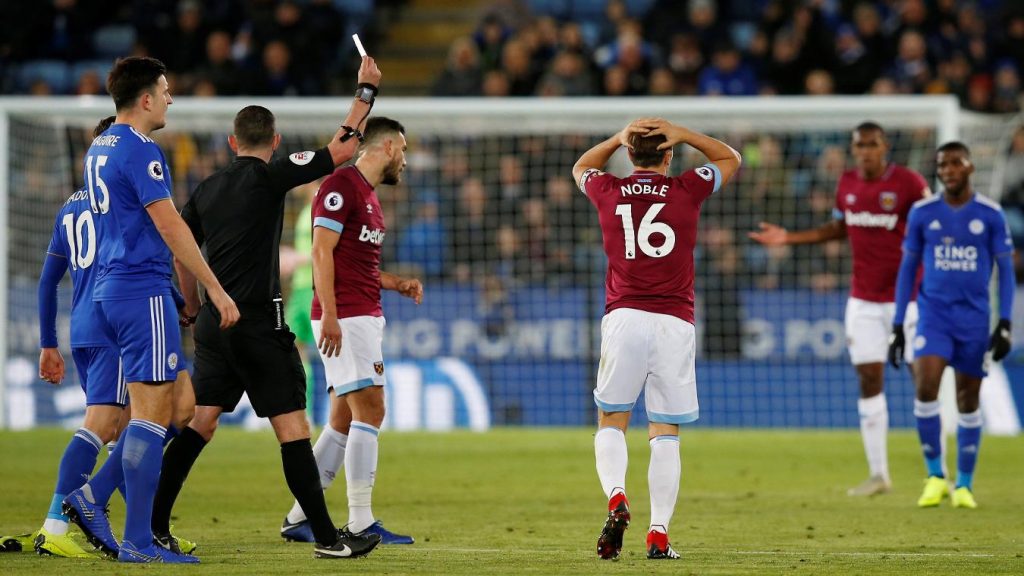 The Hammers enjoyed 53% of possession, despite playing with 10 men for the final 23 minutes after Arthur Masuaku’s red card.

After the match, Manuel Pellegrini said it was a ‘typical’ second yellow card and referee often tend to give those against teams who are playing away from home.

The Chilean boss also revealed what he said to Mark Noble at the break who also picked up a yellow card in the first half.

“I said at half time to Mark, we must be careful. We are playing away, it is not easy to make the mistake for the second card. In a normal play for a home team, that is not a yellow card,” said Pellegrini, as quoted by Football London.

West Ham have bounced back strongly in the league following their opening day 5-0 defeat against Manchester City. The Hammers are now unbeaten in their last four Premier League games, winning two of them.

The London outfit will face Manchester United next at home in the Premier League.