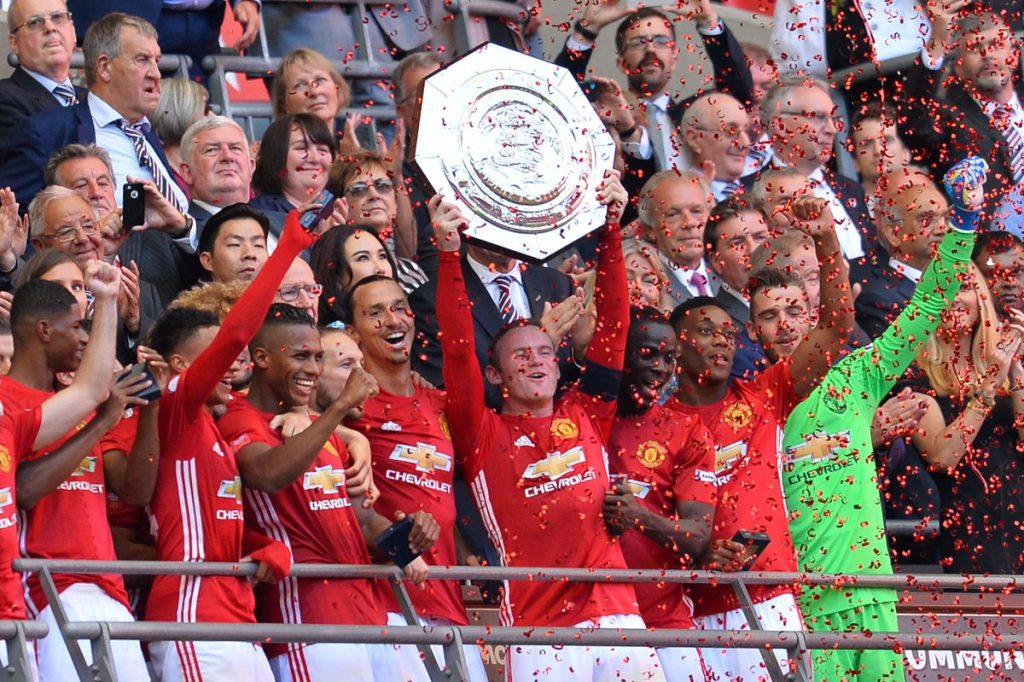 Zlatan Ibrahimovic scored the winner in the 85th minute to give Manchester United a 2-1 win over Leicester City in the Community Shield at Wembley on Sunday.

Jose Mourinho has selected a strong XI for this match with new signing Ibrahimovic making the starting XI alongside Rooney and Martial. Another new signing Eric Bailly starts at the heart of defence alongside Blind.

Riyad Mahrez, whose future has come under intense speculation this summer, has been included in the starting line-up while last season’s Premier League record holder Jamie Vardy also starts for the Foxes.   —

32′ min: Manchester United took the lead through a brilliant goal from Jesse Lingard. Collecting the ball in and around the final third, he dribbles past four players and tucks a shot past Schmeichel.

1996 – Jesse Lingard is the first @ManUtd player to score in the FA Cup final and subsequent Community Shield since Cantona in 1996. Kingly.

Lingard does it again at Wembley. Cut past Leicester players. A burst of pace. Super goal. His next job is welcoming his old mate Pogba back

An errant pass from Fellaini was punished by Jamie Vardy to level the scoreline. He has now scored 6 goals in his last 5 competitive games for Leicester City.

Time and again, Zlatan has proved he is a player for the big occasion. He wasn’t spectacular in the entire match but when the team needed him to produced the winner. Zlatan gives the proper ariel threat that United have lacked for a long time.