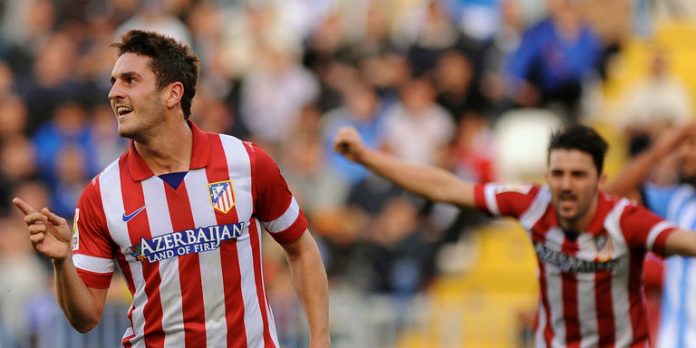 Atletico Madrid midfielder Koke has been linked with several moves away from Vicente Calderon over the last few months and according to his recent interview, the Spaniard is reluctant to rule out any possibility. 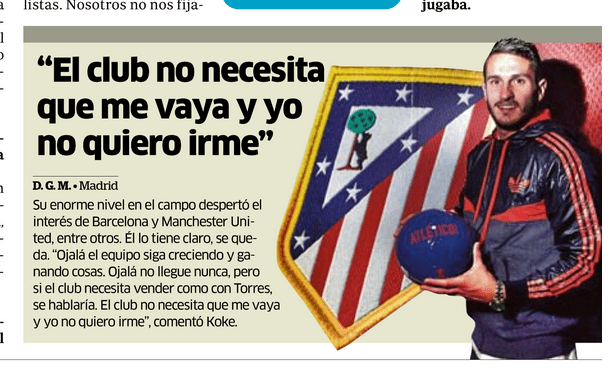 The Young Spaniard was key to Atleti’s title winning campaign last season and also helped Simeone’s side to the Champions League final. The central midfielder has been courted by the likes of Manchester United and Barcelona, but he insists that Atleti remains his choice of club for now.

Speaking to Marca, Koke outlined his desire to stay at Atleti, but also stated that it is important for the club to keep growing and challenge the likes of Barcelona and Real Madrid. However, he also mentioned that should the club decide to sell him for financial reasons, like they did with Fernando Torres, he is willing to speak.

Koke: “Hopefully [Atleti] keep growing. [I may never move to @ManUtd or Barca] but if the club needs to sell, like with Torres, we’d speak.”

Manchester United’s need for a central midfielder is no secret and players like Vidal, Strootman have been linked with a summer move to Old Trafford. However, it is imperative that the Red Devils qualify for the Champions league in order to have a chance of luring Koke.

Further, Barcelona are looking to replace their club legend Xavi as well and Koke has been lined up as a long term replacement for the Barcelona stalwart.

The Spaniard is one of the most complete midfielders in the world and at 23 he represents phenomenal value for money. Whether a move materialises remains to be seen, but if Atleti continue to progress like they have, it is difficult to see Koke leaving Calderon anytime soon.