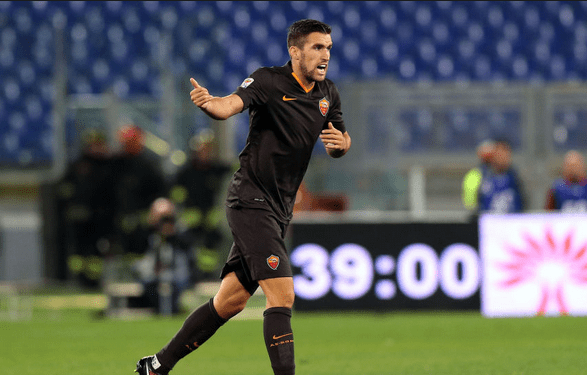 Roma got back to winning ways after beating Torino 3-0 where Dutch midfielder Kevin Strootman made his comeback after eight months.

Strootman is a reported transfer target of Manchester United. The Guardian recently published an article where they claimed Louis van Gaal may look to bring Strootman to Old Trafford in the January transfer window to bolster his midfield.

However, it is easier said than done. First of all, Roma are genuine challengers for the Scudetto this season and Strootman would love to give himself a chance to win something for the capital club.

Secondly, Roma are financially in a strong position having sold Mehdi Benatia to Bayern Munich in summer. No wonder why Roma officials have time and again stated that the Giallorossi would not part with their top talent even if a mouth-watering €80m offer being put up on the table.

Anyway, in transfer, nothing is guaranteed. United fans can at least give themselves a hope that Strootman is fully fit and now back on pitch.