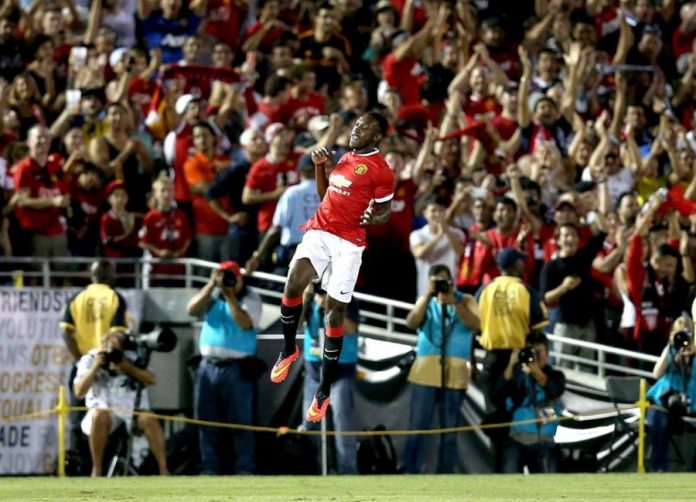 United off to flying start.

The Louis van Gaal era at Manchester United kicked off at the Pasadena Rosebowl in LA last night in front of a capacity crowd of just over 86,000 and it was a start that promises much for the future. The build-up to the clash was dominated by talk to van Gaal being entirely unimpressed by the extensive distances the players have travelled this pre-season but on this evidence, the players don’t seem all that affected.

The lineup van Gaal named for his first game in charge offered an insight as to how United will line up this season. The team lined up in a 3-5-2 formation with Smalling, Evans and Jones forming the ‘3’ in defence with Antonio Valencia and Luke Shaw operating as wing-backs.. The midfield composed of Darren Fletcher, captaining for the night, and new signing Ander Herrera playing his first game for the club. United started the game with Welbeck-Rooney-Mata forming the top 3.

United came out on top in the opening exchanges with Herrera confidently controlling the tempo. The Spaniard played nice crisp passes from the start and linked up well with Fletcher and Mata. The opening goal came through the latter as Mata broke through the middle and set up Welbeck who finished crisply from 25 yards out. 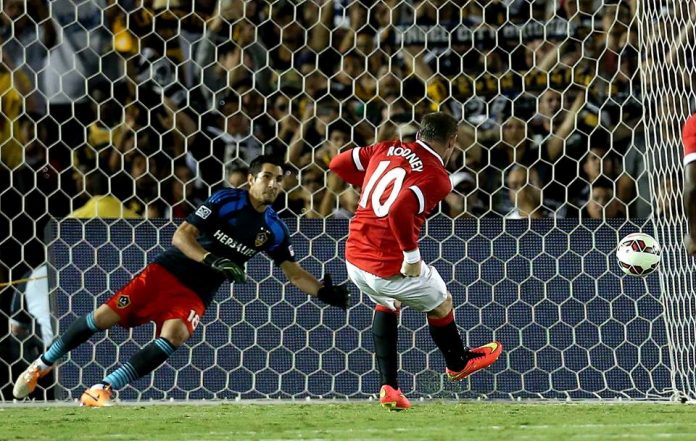 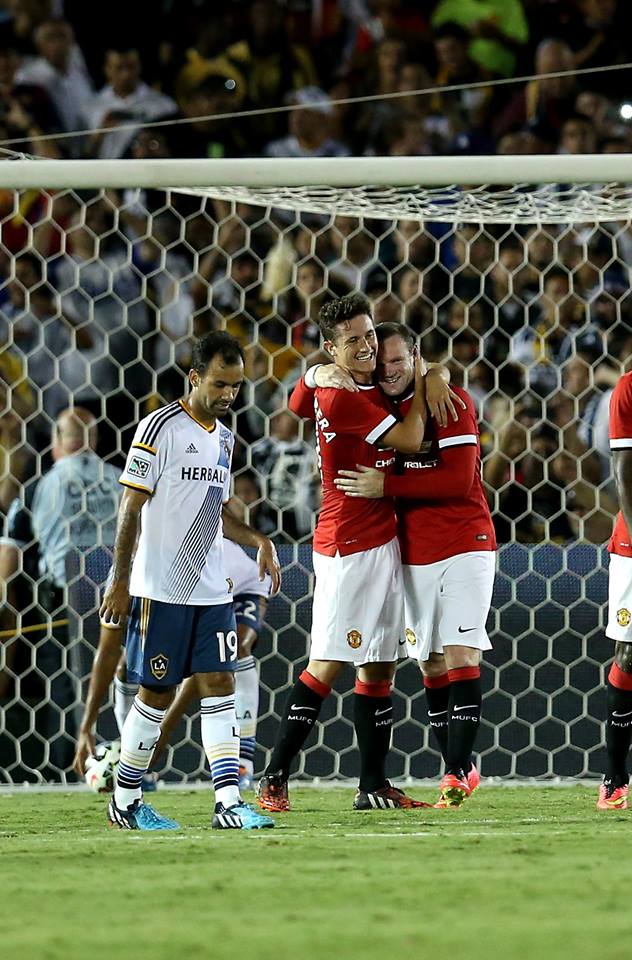 Herrera congratulates Rooney for his brace.

Galaxy did offer some resistance to United in the wake of Welbeck’s goal and came closest with Stephan Ishizaki crossing the ball low for Gyasi Zardes but his effort was saved well by David de Gea in goal. However, normal service soon resumed as a handball by AJ Delagarza in the box resulted in a penalty and Wayne Rooney stepped up to make it 2-0. Things got worse for the Galaxy before half time as Rooney capitalized on an error by Tommy Meyer to lift the ball over the keeper and make it 3-0. 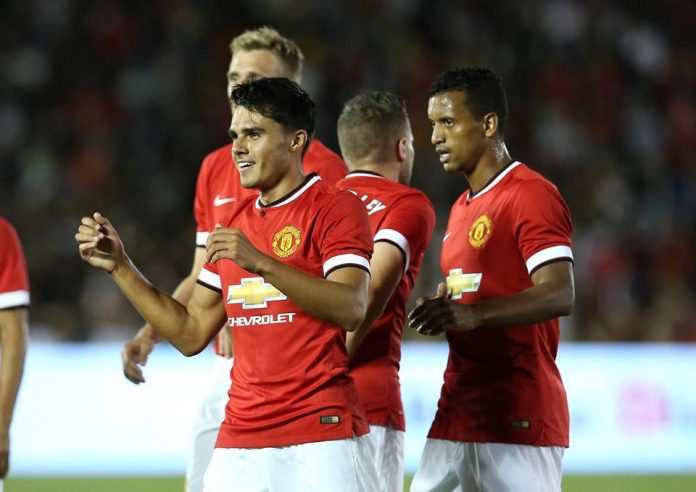 Reece (centre) helped himself to a couple.

The second half saw Van Gaal make nine changes to the side with only Herrera and Fletcher in the middle of the park continuing from the first half. The changes though didn’t offer the Galaxy any respite as Herrera again pulled the strings from the middle of the park. United ran riot with young Reece James playing left back got on the score sheet twice and Ashley Young scoring two towards the end, both laid on by the influential Herrera.

While most United fans would have been excited by the result, van Gaal wasn’t getting too carried away. Speaking to United’s in house tv channel MUTV, van Gaal remarked ‘We introduced a new system that we have only played two times on the training pitch 11 v 11.

‘But the boys are willing to pick up the information.

‘It is fantastic how they have performed today.

‘Last week, 10 players who played tonight were not even in our training complex.

‘When you want to change a system, you must start at once. We don’t have time to prepare for other things.

‘The other system they can play is 4-3-3 and they have played it for many years.

‘I can change back if the system doesn’t work. With the quality of the players we have, I can play 4-3-3 with three strikers on the bench, but I want to play with two strikers.’

The Dutchman continued,  ‘We have four No 10s, so the selection is not balanced in my eyes.

‘I have decided to play this system because of the quality of the players.

‘But if we lose, I can change back to another system.’

Van Gaal added: ‘When you see us train, you can expect something but not 7-0.

‘It was a surprise, but they were also beautiful goals.

‘It was not just the goals, but the beautiful attacks.

‘I never go back, I always want to see the future.

‘When I see my team playing a new system, it is better to win 7-0 than to lose because the players will then doubt the system.

‘But now I don’t have that problem.’

Louis van Gaal’s comment about a lack of balance promises much for United fans as it suggests the new manager will be dipping into the transfer market to restore that balance. The likes of Arturo Vidal and Nigel de Jong have been mooted for moves and will add steel to midfield whereas defensive reinforcements are sure to arrive to complement the youngsters who impressed last night.

United will be rank outsiders when the English Premier League kicks off on the 16th of August. On last night’s performance though, they might just be worth a punt or two.