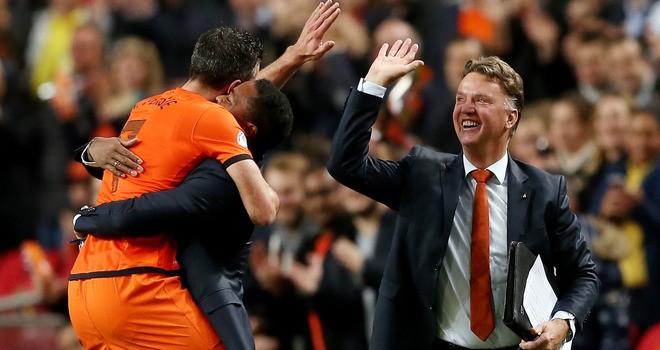 Manchester United striker Robin van Persie gave a sigh of relief to Holland coach Louis van Gaal and the Dutch camp, by insisting he will be fine for Brazil amid injury concerns.

The 30-year-old striker sparked fresh fears over his fitness, after coming off at half-time in Holland’s 2-0 friendly win over Wales in Amsterdam.

The Dutchman had set up the opening goal for Bayern Munich winger Arjen Robben before the break. Van Persie had an injury-hit campaign for Manchester United this season and had a six-weeks lay off towards the end of the season as well.

However, he assured everyone that he decided to come off as a precaution, and played down any serious injury fears.

“I wouldn’t call it an injury, I came off as a precaution. It built up during the came so decided it was sensible to come off,” Van Persie said as quoted by Sky Sports.

Manchester United new manager Louis van Gaal said it was a right decision made by Van Persie, as he could have aggravated his injury had he stayed on the pitch in the second half, especially in a match that holds no significance.

Van Gaal also insisted that he will take Jonathan de Guzman to Brazil despite the player missing the match through hamstring injury.