Marcos Rojo impressed heavily during the World Cup in Brazil. He was one of the consistent performers for Argentina in the World Cup and as natural consequence has been in hot demand among top European clubs.

Liverpool and few other European clubs had shown an early interest in him, but it seems like Manchester United have taking it more seriously and are keen to land him before the transfer deadline day.

Rojo is mainly a left-back but can play as centre-back as well. Attracted by this versatility, Louis van Gaal wants to add the Sporting defender to his ranks.

Manchester United have made a £16m bid for Rojo but have been left frustrated by a row between Sporting and the Doyen Sports investment group that owns 75 per cent of Rojo’s economic rights. 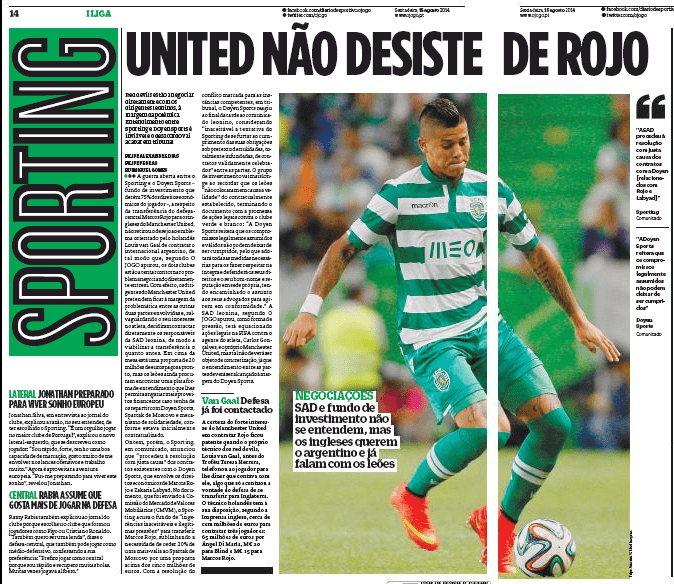 Sporting have terminated their arrangement with Doyen, who in turn threats to take legal action, “if not paid money it claims to be owed even if Rojo is not transferred”, reports The Times.

Doyen added: “Sporting is entirely within its rights not to transfer Marcos Rojo, knowing that it only has to make up for the fund under the terms and deadlines contractually established. We will not hesitate to use all legal resources at our disposal to defend fully all our interests and rights.”

United are still hopeful that a deal can be struck for Rojo, but should this go to court over the ownership issues, the 20 times Premier League champions may well forget about signing him in this transfer window.