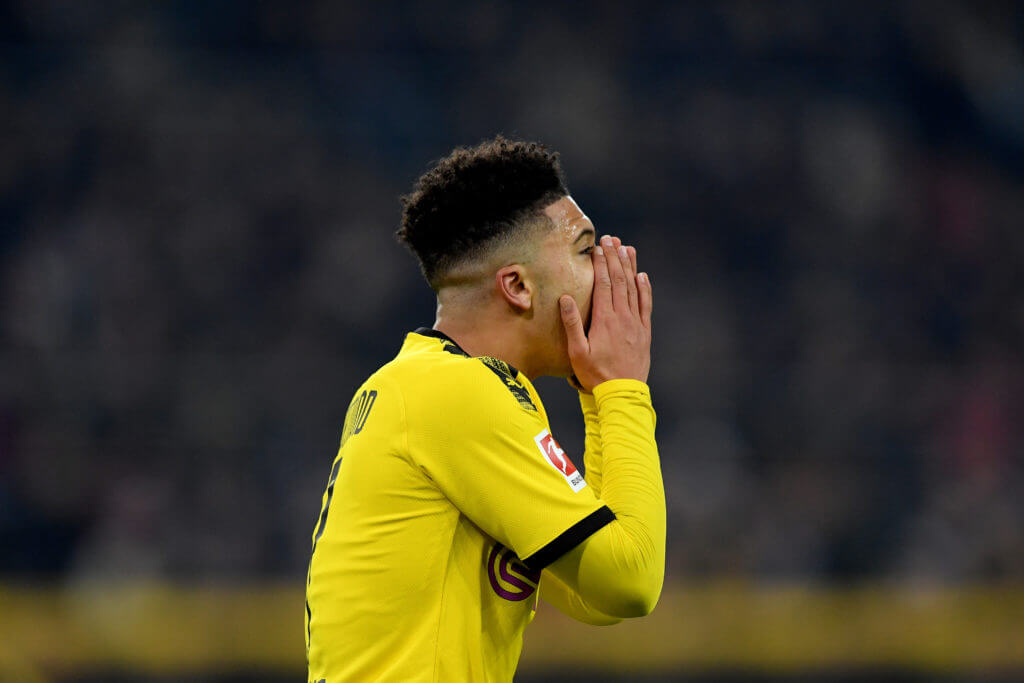 Manchester United fans have taken to social networking site Twitter to express their reaction to reports linking the club with a move for Jadon Sancho in the summer transfer window.

According to reports from The Mirror, Manchester United are ‘increasingly confident’ of landing the highly-rated Borussia Dortmund winger/attacking midfielder who is also wanted by Premier League leaders Liverpool.

Sancho is one of the hottest young talents in world football, and has once again enjoyed a phenomenal campaign for Dortmund. The 20-year-old has scored 17 goals and provided 19 assists in all competitions this season, and Dortmund values him at £120 million.

James Pearce of the Athletic has claimed that Jurgen Klopp rates the youngster highly but the Anfield hierarchy feel the price-tag is inflated. Premier League rivals Chelsea are also understood to have been put off by Dortmund’s valuation.

Barcelona and Real Madrid are also interested in signing Sancho, but it seems Old Trafford is most likely his next destination. United boss Ole Gunnar Solskjaer and executive vice-chairman Ed Woodward are determined to get the deal done, and the club is prepared the break the transfer record to secure his signature.

Here are some of the selected tweets from the United fans:

Get it done asap

He would be some signing

This is what I was waiting for, to hear what sancho prefers

Once we sign Sancho we are gonna rip him apart