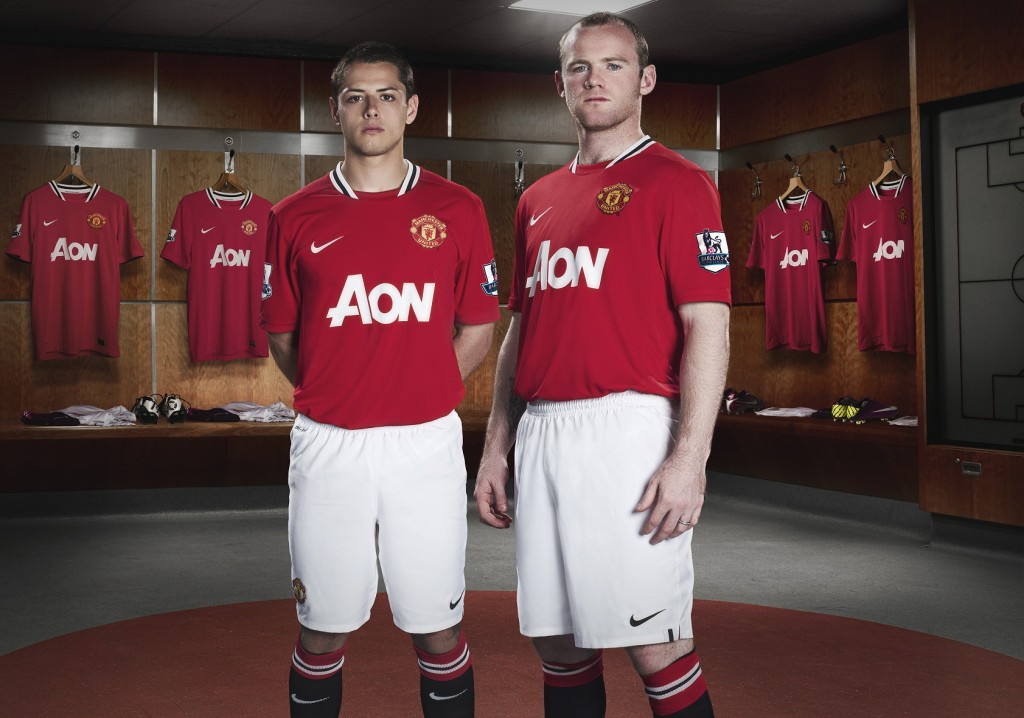 The leaked images were spot on as Manchester United have officially revealed their Nike manufactured 2011/2012 home shirts.

The simple red shirt with a white and black collar is brilliant. After changing the kits around so much, Nike have finally found a design that could be actually liked by the United fans.

I am confident to say that because it will be a much better choice than the Chelsea-looking away shirt (that is, if that leak is correct too and there is no official word on that either).

The shirt will be available after June 3, 2011 but you can order your United home kit online now.

According to the club, the shirt is:

“Traditional red with a white crafted crew neck collar and central black stripe to replicate the design of the club’s retro bar scarf, which has previously appeared on the shirts worn by legendary United sides of the past, including the 1977 and 1985 FA Cup winners, and on the back of the shirts worn by the winners of the 2008 English Premier League and UEFA Champions League.”