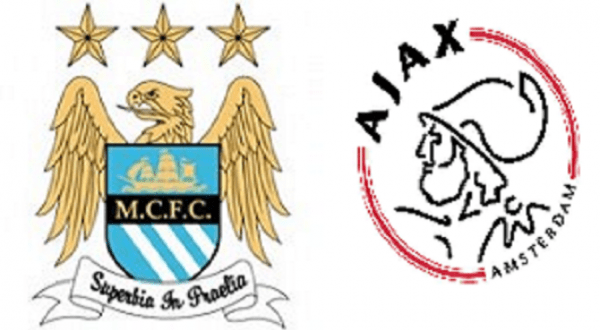 Manchester City take on Ajax in Group D of the UEFA Champions League. City are rock bottom of the group and need a win to keep their Champions League odds of qualifying for the knock out stages alive.

A win for Ajax could put them level on points with Real Madrid.

Manchester City go into the game off the back of a frustrating 0-0 draw against West Ham United in the Premier League. They have struggled in Europe this season with one draw and two defeats scoring four goals but conceding seven in the process. City have the home advantage and will be pressing for a big win as they are in last chance saloon.

Anything other than three points will end their chances of winning the Champions League for another season. They drew their only other home game so far 1-1 against Borussia Dortmund.

City are missing a number of key players due to injury. Joleon Lescott and James Milner will both miss the game, Lescott has a back injury and Milner has a hamstring problem with both expected to be out for at least another week.

Micah Richards will play no part due to the knee injury which saw him stretchered off in the Premier League game against Swansea City. Jack Rodwell and David Silva are both missing due to hamstring injuries but both could return to the side for the next round of Champions League fixtures.

Ajax will be confident ahead of this game as they won the reverse fixture 3-1 in Amsterdam. Ajax have hugely underperformed in the Eredivisie so far this season as they currently sit way down in sixth place.

However, they are yet to lose a domestic game away from home in the league and have scored more away goals than any other team. Ajax lost their only other Champions League away group game 1-0 at Borussia Dortmund. Ajax will have to defend deep and if they counter attack well they have a chance of at least getting a vital point.

Ajax are missing five key players ahead of this game; Kolbeinn Sigthorsson, Nicolai Boilesen, Thulani Serero, Davy Klassen and Jody Lukoki. Defender Boilesen has been a long term injury since February this year and striker Sigthorsson has been out of action since August.

Serero and Klaasen both picked up groin injuries in September and don’t have return dates while Lukoki picked up a knee problem in a league game at the start of this month.

These teams have only ever met once which was the reverse fixture earlier in the group. Ajax won the match 3-1.

Manchester City have drawn their only game in November which was a 0-0 result away at West Ham United. They won three matches, drew one and lost one throughout October. The defeat was away at Ajax in the reverse of this fixture and the draw came at home to Borussia Dortmund.

Ajax lost their first match in November 2-0 at home to Vitesse Arnhem. Ajax were inconsistent through October with two wins, three draws and one defeat. The defeat was a 4-1 thrashing by Real Madrid in one of their Champions League group games. The draws came against Utrecht, Heracles and Feyenoord.

Manchester City cannot afford to lose and considering they have not lost a home match in the Champions League or Premier League this season they should be confident. Ajax won the head to head 3-1 but expect a dominant City display.