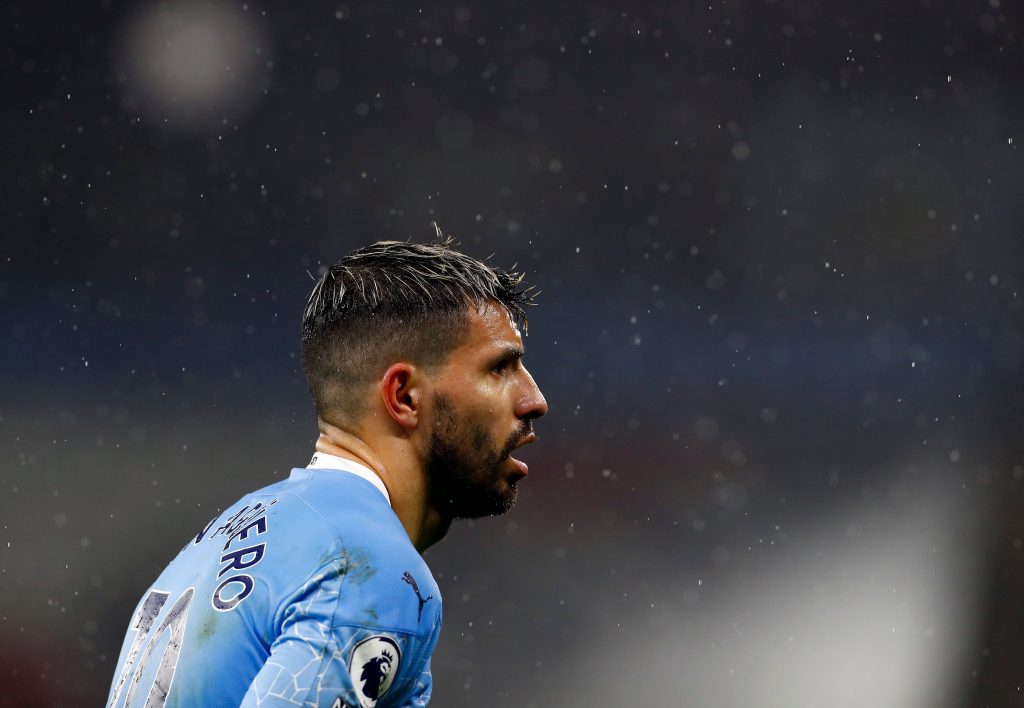 Pep Guardiola says that he is hopeful Sergio Aguero will return to spearhead Manchester City’s bid for silverware this season.

The Argentinian has made just nine appearances this term, with injuries and COVID-19 issues restricting his game time.

However, the City boss believes Aguero will play an important role for City during the second half of the campaign.

“He was before isolation and, of course, he will lose some training sessions and will need a little more time, and he’s a guy that needs training, especially with his knee.

“The most important news is that in the last 10-15 days before he went into isolation, he was perfect and reacting good. And this is the best news.

“We are in January – the best part of the season is coming, and hopefully we can have him.”

Aguero’s impending return to action is undoubtedly a boost to City’s hopes of success this season.

While there have been suggestions that he is a fading force, it is far to early to write off a player who has earned legendary status at the Etihad Stadium.

The 32-year-old has bagged 256 goals for City, and it would be no surprise to see him add to his tally over the next few months.

With Aguero yet to sign a new contract with City, he is likely to be eager to prove that he is worth a new deal.

Paris Saint-Germain were recently linked with Aguero, and they will want to see him return to his best if they are to follow up their interest.