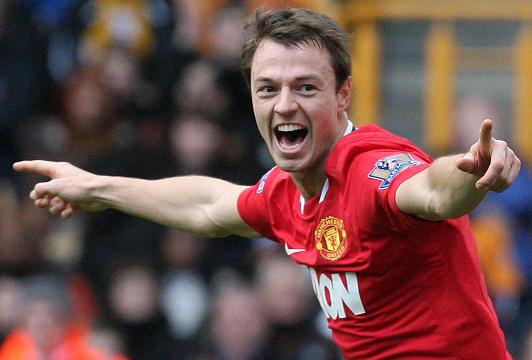 Manchester United defender Jonny Evans is close to the exit door at Old Trafford, according to a report in The Guardian today. The most likely destination for the Northern Irishman is Everton, with the transfer fee being close to £8 million. The centre-back has been at United for 11 years, joining the Youth Team as a school boy in 2004 before breaking into the first-team in 2006.

Evans has not been one of Louis van Gaal’s preferred choices, failing to make too much of an impact last season. He only made 15 appearances in all competitions, with the Dutchman choosing to go with Chris Smalling and Phil Jones in a large number of games. 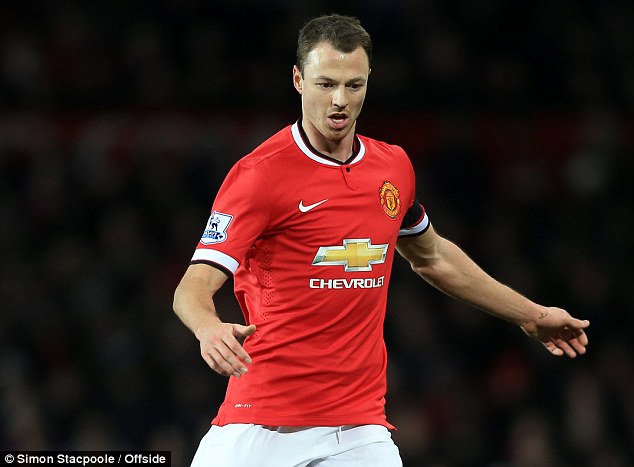 Evans got his break in the first-team under Sir Alex Ferguson and managed to hold down a regular place between 2011 and 2013, when Rio Ferdinand and Nemanja Vidic were past their prime and suffering from regular injury problems. He was expected to kick on and emerge as a real leader in the side, but injuries and lack of form saw him make appearances that were few and far between.

The 27 year-old has made 198 appearances for the Red Devils in all competitions, winning 3 Premier League titles, 2 League Cups and the FIFA Club World Cup in 2008, his breakthrough year.

Everton are looking to add depth in the heart of their defence, after Sylvain Distin’s release from the club after 6 seasons. The Frenchman, even at the age of 36, formed a solid centre-back pairing with captain Phil Jagielka. Even though John Stones, one of the most talked about youngsters in the country, is now a regular first-teamer alongside Jagielka, adding someone with Evans’ experience can only do the Toffees good.

According to the report, United want £10 million for the player, while Everton only value him at £6 million. In the end, both parties are expected to negotiate and come up with a fee where neither wins but both are happy.